Why TN continues to dither on its Heritage Act

The Hindu on December 27, 2022, carried an interesting article on how the Telengana State Government, while it has been doing its bit for heritage conservation in fits and starts, lacks a holistic vision and a plan for what it wants to do with its past. The article pointed out that despite five years having gone by since the Government there passed a Heritage Act, very little action had resulted. What are we to say then about the Tamil Nadu Government, which NINE years after passing its heritage act is yet to do anything about it?

Known as the Tamil Nadu Heritage Commission Act of 2012, it was Act 24 of that year and, having been passed by the Legislative Assembly, it received the Governor’s consent on May 31, 2012. Conceptually, it was a step in the right direction and on the lines of what conservationists had been asking for. It recognised the fact that there were several historic buildings in the State outside the purview of the Ancient Monuments and Archaeological Sites and Remains Acts of the Centre (enacted in 1958) and the State (1966). It specifically aimed to establish a “Statutory Authority to advise in the matters relating to identification, restoration and preservation of heritage buildings and in the matters relating to the development and engineering operations which are likely to affect any heritage building.” It then aimed to create a Heritage Commission, which would fulfil these responsibilities. All very well on paper except that the Statutory Authority never was established. Neither did a Heritage Commission

-- by A Special Correspondent

Technology is playing an increasingly important role in administering the city, if you notice. This year alone, Chennai has used many tech-based solutions to solve a swathe of civic problems – March saw the usage of drones to spray water bodies with mosquito larvicide, October’s scramble to complete stormwater drain work leveraged precast technology,

It has been a citadel for the performing arts for sixty years. Yes, the Music Academy’s TT Krishnamachari Auditorium completed sixty years on December 20, 2022, for it was on that day in 1962 that Jayachamaraja Wodeyar, former Maharajah and then Governor of Mysore, formally cut the ribbon

The pictures on this page are all kind courtesy the Music Academy, Madras. They were taken on inaugural night, which was on 21st December, 1962. 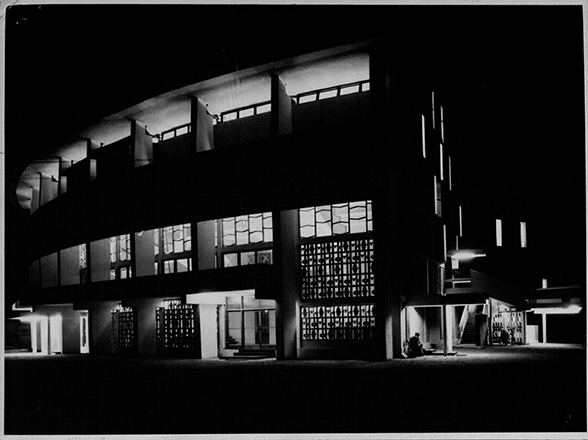 The Alcohol Conundrum – an interview with Dr. Shanthi Ranganathan

1971 – DMK under M. Karunanidhi lifts Prohibition as a means to supplement the State’s income.