It has been a citadel for the performing arts for sixty years. Yes, the Music Academy’s TT Krishnamachari Auditorium completed sixty years on December 20, 2022, for it was on that day in 1962 that Jayachamaraja Wodeyar, former Maharajah and then Governor of Mysore, formally cut the ribbon and declared the venue open. A year earlier, the shell of the building had had a grahapravesam or housewarming on December 14, 1961, when musicians, after a religious ceremony, sang songs in groups. 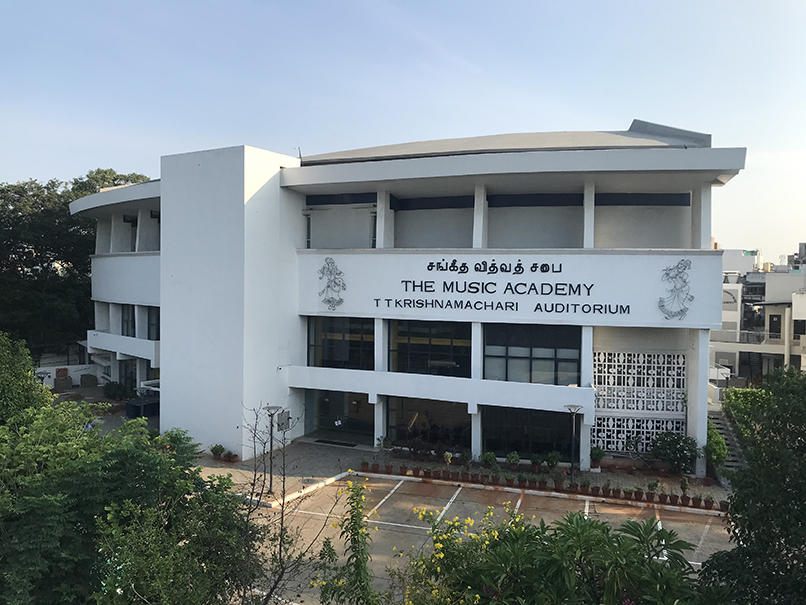 Built in the modernist style favoured by India in the decades immediately after Independence, the structure was designed by architects G.M. Bhuta & Associates of Bombay, with P. Bose of Calcutta, a structural engineer specialising in reinforced concrete. The contractors were Shah Construction Company (Pvt) Limited of Bombay, with the entire construction costing Rs. 18 lakhs. The Academy had earlier in the 1940s, acquired the property and then demolished the old bungalow that stood on the premises. Work began following Pt. Jawaharlal Nehru ­laying the foundation stone in October 1955. M.S. Subbulakshmi performed a concert on the occasion.

The Music Academy struggled to fund the construction and money came by way of Subbulakshmi’s concerts, Kumari Kamala’s dance performances, donations by musicians and industrialists, a small Central Government grant, and fund raisers held at Coimbatore. The efforts paid fruit, and the city had its first modern auditorium, which has since striven to remain up to date. It continues to remain a landmark.

See article “TTK Auditorium turns sixty!” for a set of stunning black and white photographs taken on December 20, 1962, when the building was inaugurated.