India and Sri Lanka these days meet so often across formats that the reaction is generally one of ‘oh, no, not again’ or ‘so what’s new’. But there was considerable interest when the two teams met for the first time in a Test match at Chepauk in September 1982. It did seem fitting that the inaugural game was to be played in Madras (as Chennai was then known) for there was a long historic association between the city and Ceylon (as Sri Lanka was formerly known). In 1952, the Gopalan Trophy was instituted to honour the famous double international from the city and was the prize for the annual contest between Madras and Ceylon held in alternate years here and in Colombo. Thirty years later, Sri Lanka – who had played her first Test earlier that year – came to Chepauk for an only Test and the game was followed with great interest given the historical background. 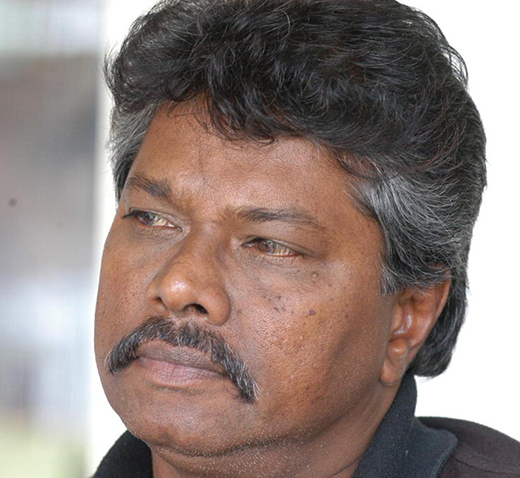 There was also a lot of interest centered around the visiting team for they generally believed in playing attacking cricket. India and Ceylon had played several unofficial Test matches over the years, but this, however, was the real test for both teams with Sri Lanka’s elevation to Test status in 1981. In keeping with their reputation, Sri Lanka took little time in attacking the Indian bowling. Their approach was simple and straightforward – the ball is there to be hit whatever the situation. Despite losing their openers with only eleven runs on the board, Sri Lanka maintained a rate of about four runs an over throughout their innings. First their two best batsmen Roy Dias and Duleep Mendis figured in a third wicket partnership of 153 runs. Dias was out for 60 but Mendis went on to get 105 off just 123 balls. In a stay of three hours, he hit 17 fours and a six. Taking the cue, the batsmen to follow came up with valuable contributions before Sri Lanka were all out on the second morning for 346.

However it soon became obvious that this was not going to be a competitive total when placed against the batting might of the Indians. Openers Sunil Gavaskar and Arun Lal, making his debut put on 156 runs before the latter was out for 63. Dilip Vengsarkar joined his captain and the two experienced campaigners piled on the agony for the bowlers and fielders by adding 173 runs for the second wicket. Vengsarkar was run out for 90 and Gundappa Viswanath much to the disappointment of the crowd did not last long. Shortly afterwards Gavaskar was out for 155. But Sandip Patil straightaway went after the bowling and his valuable partnerships with Kapil Dev and Madan Lal saw India reach 556 for six before Gavaskar applied closure with Patil unbeaten on 114.

Play had been curtailed for a while on the third day due to rain and by the time Sri Lanka commenced their second innings, it was midway through the fourth day. A deficit of 220 runs loomed ominously but there was no question of Sri Lanka adopting dour and defensive tactics to save the game. Again both openers fell early and again Dias and Mendis performed the rescue act with a third wicket partnership of 110 runs. Dias dominated with a series of thrilling strokes before he was out for 97 off 108 balls. At stumps on the fourth day, Sri Lanka were 179 for three and so it was going to be either a draw or an Indian victory when play resumed on the final morning.

Even at this stage there was no change in the Sri Lankan batting approach. They continued to play their strokes and their attacking style was best summed up by Mendis. In the first innings he had reached his hundred with a six – a rare sight in a Test match 40 years ago. In the second innings, he darted yards out of his crease when on 99 and lifted the ball to the extra cover boundary to get his second hundred of the match. Mendis went on to get 105 till today the only batsman to get identical three figure scores in a Test. After he was out there was some resistance from the late order particularly Aruna Ranasinghe (77) and Somachandra de Silva (46 not out) and it was a weary Indian side that left the field after Sri Lanka had scored 394.

India had now to get 175 runs for victory in 53 minutes and 20 mandatory overs. A brisk third wicket partnership of 62 runs between Patil and Kapil Dev kept them in the hunt but the fall of both in quick succession ended their victory hopes. In the end, India were hard pressed to save the match with Gavaskar coming down the order because of a strained neck and Yashpal Sharma playing defensively against some accurate bowling and aggressive field placing. The hunter had indeed become the hunted as India were happy to end with a score of 135 for seven. The Sri Lankans won a lot of praise for their brand of cricket which endeared them to the crowd. The match was drawn but the visiting team playing just their fifth Test since their elevation took the honours. Thanks to the breezy batting by both sides the aggregate of 1441 runs was a record for any Test in India.