The fragrance  fades from Chennai

-- Business Houses of the South by Sushila Ravindranath

An entire generation is not likely to know that Pond’s Dreamflower Talc was manufactured in a factory in Pallavaram in Madras once upon a time. At one point it was the largest selling talcum powder in the world. Really. Just think of the Indian population and the numbers make sense. It changed the face of the sleepy suburb and provided employment for many men and women. Pallavaram began buzzing– shops and little eateries to cater to the factory workers opened up, roads improved and many good things happened. When you approached the factory, fragrance filled the air, and when you entered the factory, it overwhelmed you.

Cheseborough Ponds was an American company which was selling the talc and other cosmetics in small numbers in India. Cosmetics was a very low priority for the newly independent country. The government decided that all foreign companies had to manufacture in India if they wanted to sell their products here.
Surprisingly the American company did not close shop. It contracted out the talcum powder manufacturing to the TTK Group.

This was not as easy as it sounds. How TTKs got its license to manufacture talcum powder is now part of corporate folklore and I have dined out on it many times. TTK’s applied for a license to manufacture Pond’s products in Madras. Rajaji, the then Chief Minister of Madras turned it down saying, “Sita never applied cosmetics. I do not understand why Indian women need such products now.” T.T. Krishnamachari, the founder of the group had handed over the business to his sons to enter politics, was the Industries minister and would not get involved. He sent the file to prime minister Nehru saying as he was an interested party, he cannot take decisions. Finally Nehru approved the project. He said that Sita was a naturally beautiful woman and not many women are blessed like her, so they must have the help they need. 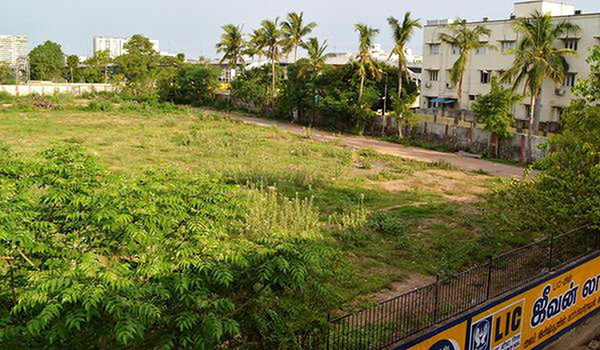 The site where Pond’s had its factory. Picture courtesy: The Hindu.

When the company was Indianised in 1977, it ended its contract with the TTKs and took over the manufacturing itself. The parting was not friendly.

Pond’s chairman and managing director was the legendary V. Narayanan who joined the Company in 1969, transformed Pond’s into a most admired company. He kept it compact and attracted the best talent. He started hiring people from management institutions and was one of the first to do so. Narayanan strengthened the company’s marketing, selling and distribution networks. Sales of both Ponds Dream Flower talc and Ponds cold cream jumped up. They remain market leaders inspite many future changes.

Narayanan led Ponds into various related diversifications, like soaps, shampoo and skin care products. Ponds also started manufacturing unrelated products such as thermometers and even mushrooms. These were not random decisions but measures taken to reduce the tax burden. Till liberalisation, there was a lot of irrational taxation.

The company kept growing. By 1990, Narayanan was sure Pond’s would become a Rs. 100 crore company. That was not to be. Pond’s soaps were a spectacular success which drew a lot of attention from Hindustan Levers. This was in 1985.

By 1987, completely out of the blue, Levers bought out Cheseborough Ponds and the process of Chennai’s most admired multinational merging and disappearing into Levers began. The process was made smooth by Narayanan’s successor V. Balaraman.

Well into the 90’s, till Pond’s finally moved out of Madras (which had not yet become Chennai), the company’s products kept the city’s advertising industry highly active. Dream Flower talc’s marketing strategies kept changing. Says senior industry professional, Indu Balachandran who worked for Hindustan Thompson, “we took it from largely facial usage to a happy family talc to a smart strategy for all body usage.” My generation is not likely to forget India’s leading model, Pooh Sayani, in a sexy bath towel carrying on a conversation, fixing a date ahead, even as she liberally talcs herself on shoulders, arms and legs. A young R. Madhavan’s first appearance on the screen was in a Pond’s talc commercial.

The Leverisation of Ponds actually began in 1994 and it moved full throttle immediately. Says another industry veteran from O&M, Suguna Swamy, who was fully involved in the launch of 15 ponds skin care products and 5 vaseline based products manufactured mostly from Pallavaram, “there was high octane activity.” By 1999, Pond’s had morphed from a sleepy, talc, cold cream and vanishing cream company for decades into a high volume skin care colossus. Along the way it grew collateral businesses such as advertising agencies, film production houses,cinematography, photography and printing and many others.

Eventually Pond’s identity got totally absorbed into HLL and it is no longer a Madras/Chennai company. However, Pond’s Dream Flower talc continues to be a best seller.