Heritage Watch: The Father of Art Deco in Madras

While there is no doubt that Dare House is the most iconic Art Deco building of the city, what is interesting is that the art form had already made its presence felt prior to the construction of that edifice. Dare House was constructed between 1937 and 1940 but the city’s first building in Art Deco style was already functioning from 1936. That was the Oriental Assurance Building on Armenian Street. The architect was L.M. Chitale, whose firm continues to function in the city, with the third generation of the family running it. For further details on Chitale and his contributions, please refer Vol. XXIII, No. 22, March 1-15, 2014.

Chitale was undoubtedly the man who brought Art Deco to Madras. And after he completed the Oriental Assurance, he worked on yet another building in that style – the National Insurance Building on NSC Bose Road. He was also probably the architect of the Andhra Insurance Building on Thambu Chetty Street, completed in October 1940. Following his lead, several others would design Art Deco buildings in the George Town area. Finally, in the 1950s, Chitale would round it all off with the Annamalai Manram, which combined Art Deco with Chettinad elements, to sensational effect. 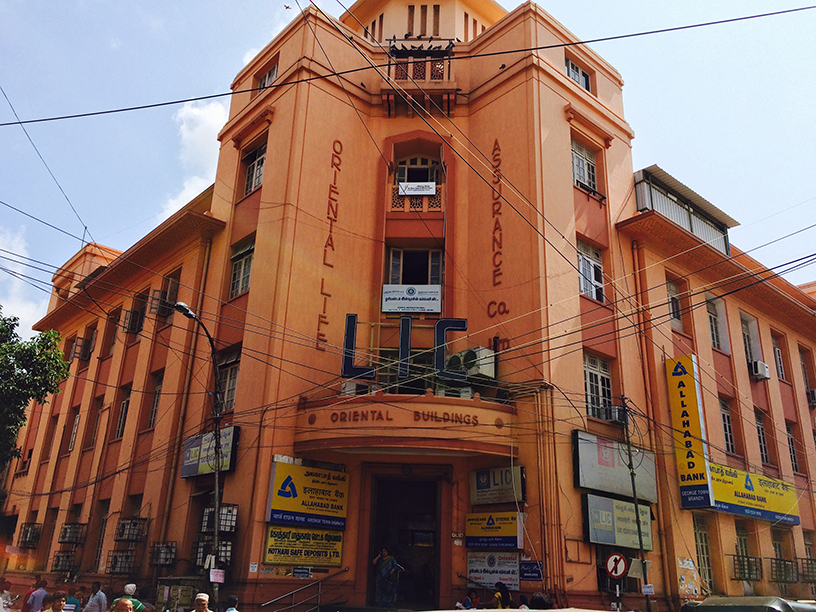 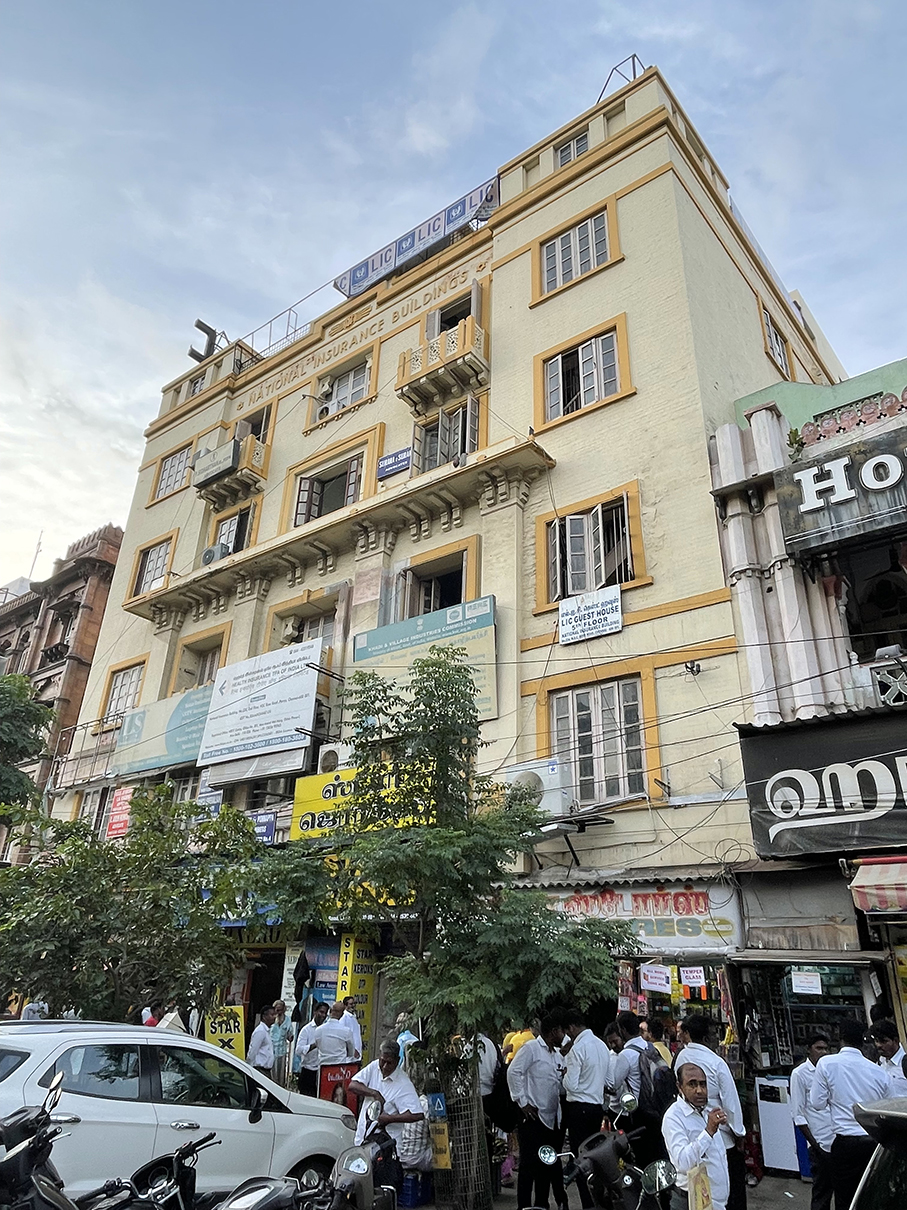 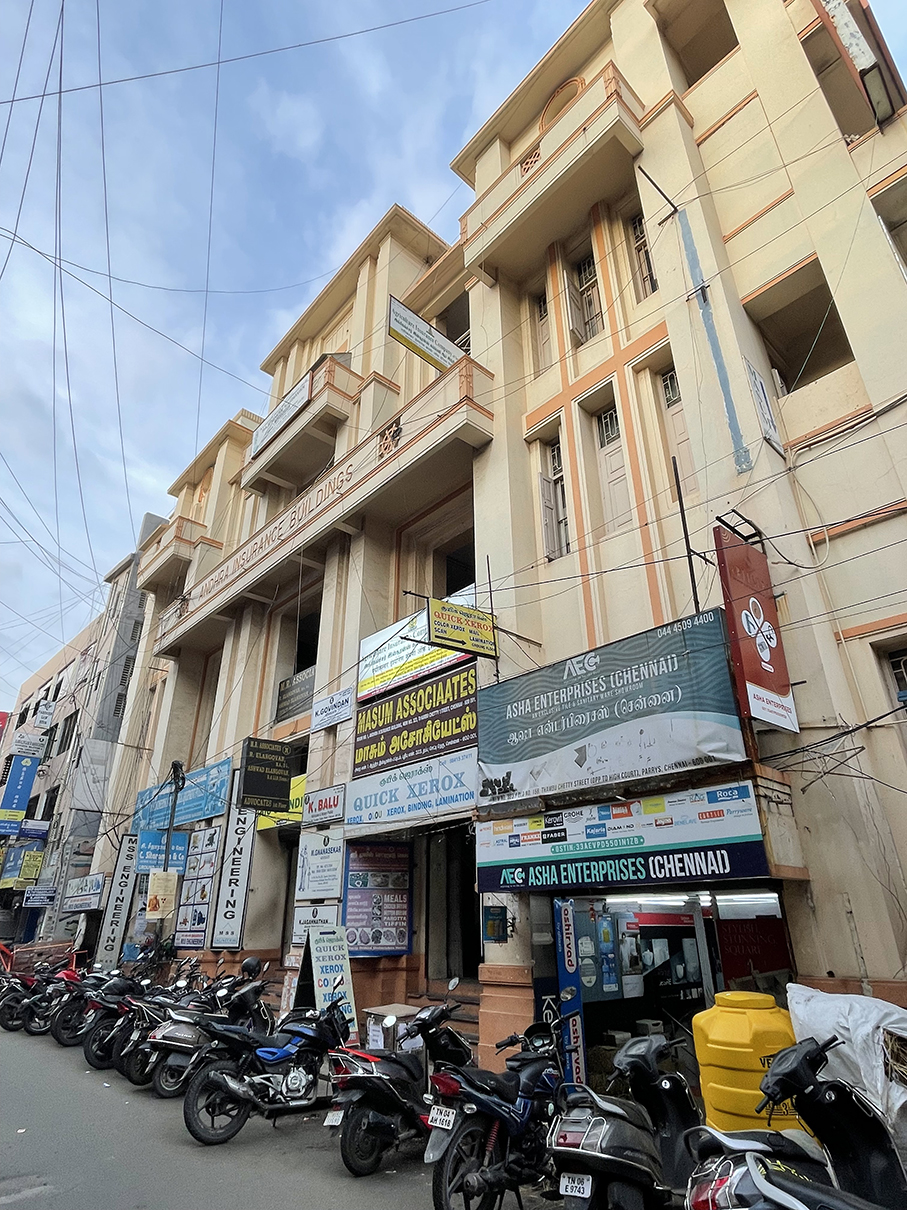 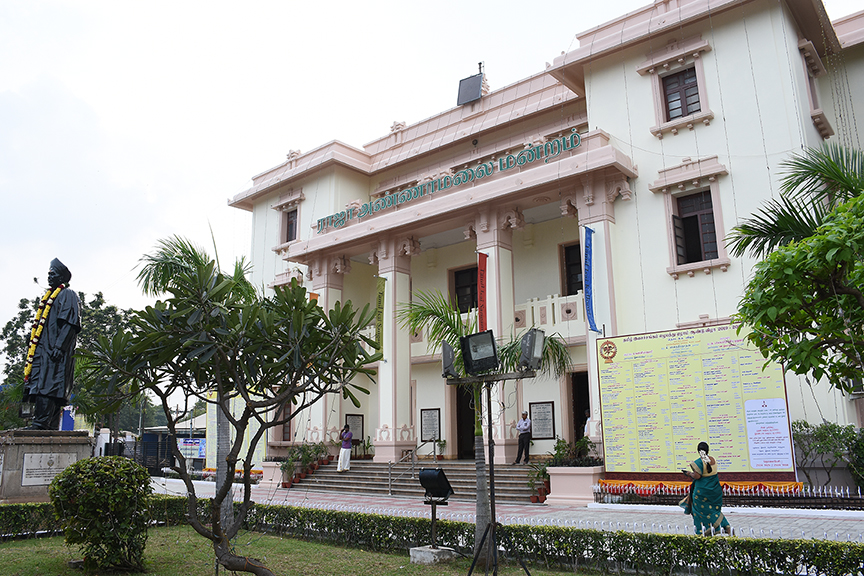 Barring the last named, the other three buildings, are indifferently maintained, which is a pity. They deserve much better. Our pictures today feature all the four buildings as they stand now.