The changing face of Shenoy Nagar

I need to put this on record. Never mind if I don’t remember dates and names. Never mind if I sound a bit fuzzy. Never mind if it all comes tumbling out as a stream of words. I need to get this off my chest before I stop caring. The stark truth is that my commentary is not likely to thwart the changes sweeping through Shenoy Nagar, the once quiet neighbourhood that has been my home for 45 years.

What feeds such change? Do the reasons matter? Who’s keeping track, anyway? It’s anybody’s guess who welcomes such change and who turns up their nose at it – in fact, some seem to be quite indifferent to it all. But we’re all caught up in it, every one of us.

The last straw is different for every camel, so to speak. For me, it was the time I took a harmless walk along a gigantic construction site with the missus, popularly known as Thiru Vi Ka park. We went on Monday, before nightfall when the visibility was still decent. A great structure loomed ominously in front of our eyes, made entirely of glass. Elegant, perhaps – but I was left quite mystified as to its purpose. In a way, my story today starts and ends with this park, the very one I took for granted and grew up with until that one terrible day when notice boards appeared to declare that it was out of bounds for me, the morning and evening groups of walkers, the children and elderly alike and the passers-by too, especially the poor stragglers on the streets. And you know what? This vital, green lung once defined a beautiful circle, man. For a good part of its life, this glorious park had four entry and exit points. It was a huge place, not just another neighbourhood park. It was the park, especially for a small residential quarter like ours.

Night view of what the Thiru-Vi-Ka park is now

The park was where I once saw a dead man hanging from the branch of a tree. Where there was an old-fashioned TV set installed on its green premises, entertaining anyone who wished to watch the telly. Bat hit ball there and a famous Tamil songster once penned his lyrics there. I remember having a deep conversation with an older cousin amongst its greenery; another close pal took his afternoon naps in its shade. The park was where we conducted a photo shoot for a brochure, too. Like all parks, this one had a water fountain bang in the middle, with swings, slides and see-saws close there. There were even those iron bars that one could use to do pull-ups. It wasn’t uncommon for parts of the park to turn marshy after the rains; it was rather ironic that the Government had, at that time, spent lakhs or perhaps crores to refurbish it and even laid a walking path around the circumference. Sadly, it was chosen as the ideal spot for a Metro rail station in 2011 – the park be damned. 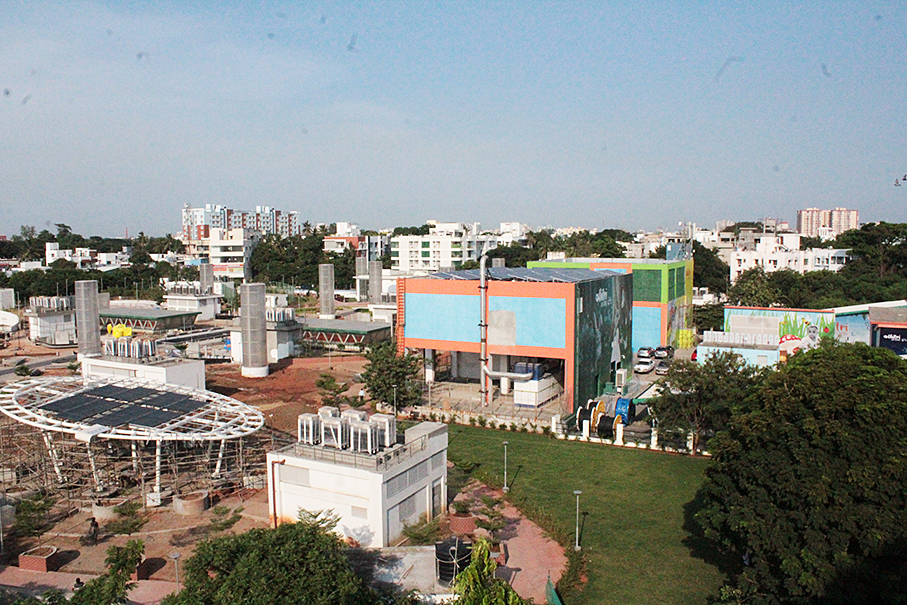 A little bit of lawn seen in the picture along with hi-tech developments that the CMRL has made since May 15, 2017. More amount of land is occupied by concrete rather than natural greenery The new-fangled ‘park’ along with shopping facilities and parking is yet to open.

The Government promised that it would be restored once the Metro became functional. The latter was inaugurated in May 2017 but there were no signs of anything close to a park being restored there. On the contrary, large scale round-the-clock construction began to take place – this time, for an underground shopping facility and parking space. Or so they said. There’s still construction going on within the circle till date, for some modern hi-tech god-knows-what.

Our house is on a road that branches off the circle in question – about a minute away from it, in fact. No longer a house, to tell the truth, but now a flat. Speaking of which, the residential apartment next door has a rather posh dentist clinic on the ground floor these days. To hell with complaining residents. And the house opposite our building where my friends once lived? It no longer is. The silver lining is that it will soon be nothing more than a ground +2 structure. The talk is that another clinic will likely operate from there. 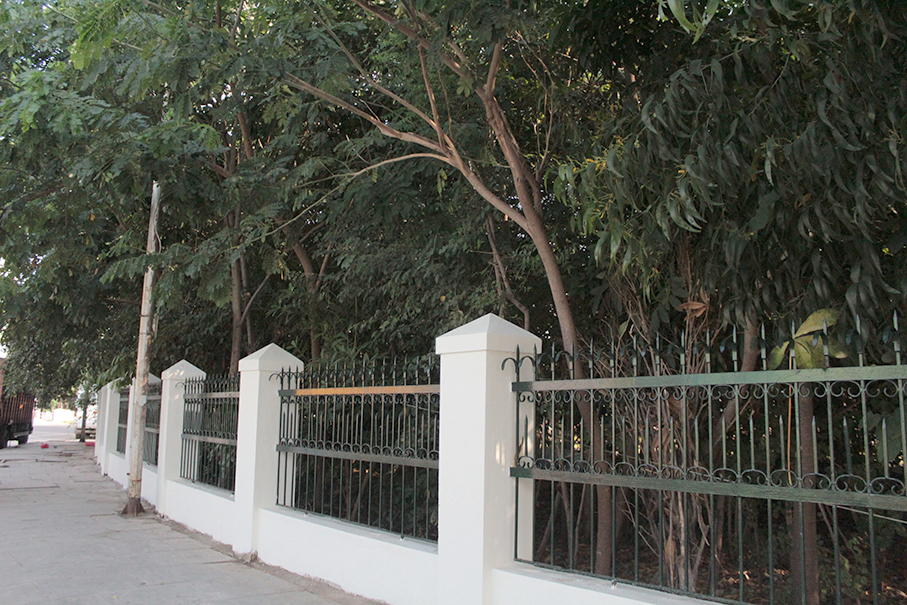 View of the periphery from the road. An indication of what the tree filled park looked like before takeover by CMRL. To be sure not the entire periphery looks like this.

Neither the view from the balcony nor the view at the street level is what it once was. We now have new joints, new construction projects, new neighbours, crowds on the main roads, vehicular traffic spilling onto the side streets. A Buhari restaurant has materialized across a hand-shaking distance from the circle, which was once – eons ago, it seems – a big, beautiful, blooming park. There has also appeared a multi-storied building in which a popular vessel and white goods store has set up shop. In the late evenings, food carts sprout like mushrooms on either side of the roads and the inevitable two-wheelers form a depressing stack along the edges.

To be fair, there are quite a few saving graces in the environs, too. The decrepit Housing Board tenements and Government quarters are being rebuilt from scratch to where, hopefully, the erstwhile middle class will move back; the much smaller Skating Park and swimming pool are still around and so is the commodious Sai Baba temple. It is quite impossible for me to map the small and big developments, subjective as they are, in what was once a sedate neighbourhood. I leave it to your considered guesses or imagination, as you will. Period.