Watching shoppers is an education in itself – it is food for writing. And so my favourite part about the Smart City-ed parts of Pondy Bazaar is the provision of street furniture. The sidewalks in Pondy Bazaar are so wide that one gets a decent mid-range and long-range view of the environs – as in art, distance matters when you man-watch; plus, you get to watch fellow souls enjoying the shade and seating, too. Like a parking lot attendant with tired yet alert eyes – a woman I mistook to be an Urbaser staff – who threw a remark my way when she saw a young family ready to start their car – “Nowadays, the multi-level parking lot is full, parungo!” Or a blank-faced man I spied on the seating, a gentleman in his 40’s with three shopping bags at his feet – I wondered if men shopped solo. Or a young sales woman who had chosen to sit under a healthy avenue tree to have her lunchtime snack.

Shopping, you see, is a tiring exercise. It’s not just your legs that feel weak or your armpits, smelly. Those seats in Pondy Bazaar help one catch one’s breath. On a recent Sunday, I took a stroll down the avenue after attending a workshop. The place was already abuzz with holiday shopping. Just as I was about to hail an auto and head home, I spotted a sweet shop at the far end of the sidewalk, its old signboard in Telugu. Ah, the fading threads of the grand Telugu connect to Pondy Bazaar and T Nagar! Ramprasad was packing freshly-made boondhi laddoos, standing between the inner shelf and what seemed like a kitchen store room. I saw in the showcases halwas of two kinds, mysore pak, mixtures and other bites. A 60-plus gentleman stopped and produced a few coins he had tucked away in the fold of his veshti; by then, Ram had already pulled out a piece of mysore pak and rolled it up in a napkin. The sweet was quickly exchanged for the coins, clearly a regular transaction – the man had presumably come by for his post-lunch high. Ram told me that he set up shop here 40 years ago.

Business was just fine, with most coming from his old customers. I liked the variety the shop offered and asked him to pack some halwa, laddoos and mixture. I remembered Aparna Krishna’s notes on the rounds of Besant Nagar where she resides – she urges people to patronise local flower sellers, vegetable hawkers, cobblers and tailors who work from our sidewalks. More, in fact, if what they have to offer is good.

Sitting in a family friend’s law office on Linghi Chetty Street some days ago, I got a little curious about the building named ‘Caithness Hall,’ in which his and several other law firms were housed. I googled Caithness on my mobile and learned that it was a county in Scotland until 1975. What is the connection between Scotland and Linghi Chetty Street, I wondered. And then it all came back to me. The Madras Christian College’s Madras General Assembly School (as it was known initially) was located in Armenian Street / Sailor’s Home Esplanade back in the 1800’s, not far from Linghi Chetty Street. In due course, it was upgraded to offer BA courses and evolved into a College. The school owed its origins to Rev John Anderson and other missionaries from the Church of Scotland who served at St. Andrew’s Kirk in Vepery. In a section about students’ homes and hostels, author Susan Billington Harper writes in her book Ïn the shadow of the Mahatma – Bishop Azariah and the travails of Christianity in British India –
“The first College hostel opened in 1882 solely for Brahmin or Vaishnava students… In 1888, a hostel was opened for Christian students (presumably of all castes) and named Fenn Hostel after the late CMS Secretary in Madras – David Fenn. In 1903, a hostel for non-Brahmin students, known as Caithness Hall was opened. This was the first hostel to accept students of different communities.” 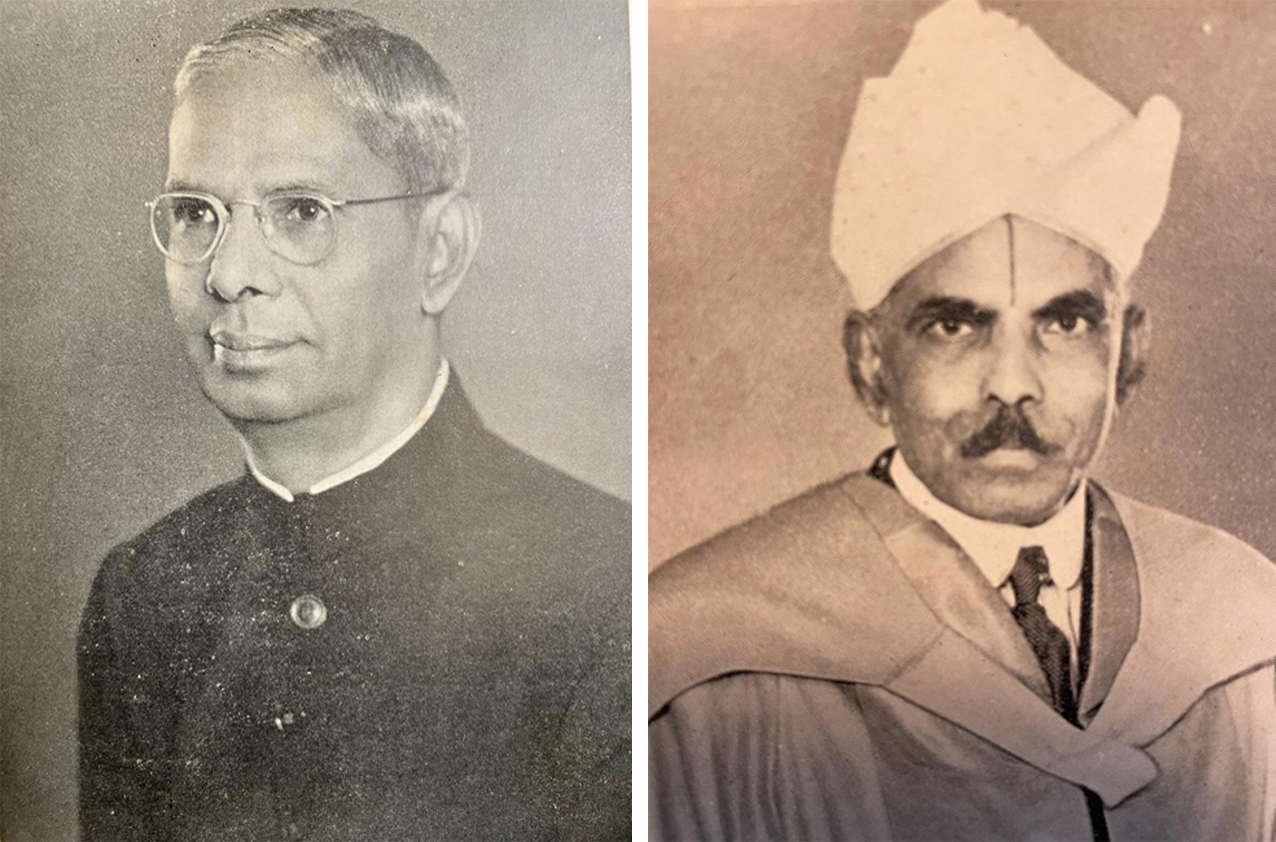 Long verandahs, spacious halls and a courtyard characterize its design. Later, others followed suit. Incidentally, some other accounts mention a second student’s home in 1895 for non-Brahmin students. Attempts were made by the legendary Rev William Miller of MCC (for whom there is a statue in the Madras Christian College High school campus on Harrington Road, Chetput, Chennai) who played a key role in setting high standards and starting the BA course to encourage students of different communities to live together. But his efforts were not exactly welcomed without resistance and there were separate messes for Brahmins, Christian and non-Brahmin students. Concerns about purity and pollution were deeply ingrained. One star resident of Caithness Hall was one of the Arcot twins – later to become Sir A. Ramaswami Mudaliar, who pursued his studies with devotion and dedication as a student of MCC. There is mention too of a Shanmukham of Coimbatore who “was educated at MCC Esplanade and took up residence in Caithness Hall on Lingha (sic) Chetty Street. Even as he filled Caithness Hall with his undergraduate oratory, the shrewd Lord Willingdon spotted him.”

I am a senior citizen. My wife and I go for a walk on 6th Cross Street in Besant Nagar every evening and there are at least ten stray dogs always roaming the street. Most seem to be harmless and they are often seen lying down. The other day, an elderly gentleman stepped on a dog by mistake and the animal reacted fiercely. Fortunately, a scooterist who was passing by took the elderly person as a pillion rider and saved him from the attack.
On Elliot’s beach – both on the sand and the nearby roads – there seem to be more than 50 stray dogs sharing the space with visitors to the beach. Perhaps, there are very few streets where stray dogs are not seen. On Fourth Cross Street in Besant Nagar where I live, there are six stray dogs. Obviously, these dogs do not seem to be starving as they are fed by kind-hearted dog lovers. Every day when I go for a walk, I go with the fear that I may come across an irate dog that may bite me. In other words, walking is no more a pleasure for me, though it is a compulsive need for my health.

We walk with fear and every time we see a dog, we try to move away from it as much as possible. Sometimes, it is not possible since there are so many stray dogs. I read the news that a baby died after an attack by a stray dog at an apartment building in Noida near Delhi. I also frequently read about cases where people have suffered stray dog bites. I am not a dog hater and I agree that dogs have as much right to live in the world as humans.
But, should there not be a separate place for dogs to live without coming into conflict with humans? In recent times, several letters have been published in the media by citizens appealing to the authorities to keep the streets dog free. I do not understand why the authorities are not acting to catch the dogs and take them away. Perhaps, all the stray dogs should be collected and taken to a separate place in the outskirts and some arrangement can be made to feed them every day. There are many dog lovers who would be happy to feed such dogs in separate enclosures. The ball is clearly in the court of authorities to save the citizens from stray dog attacks.

12989Can we please let medical education be in English? 12987An informed public calls for Transparency in governance, not Translucence 12982Heritage Watch: Whither the Music Season? 12979Centenary of the Southern Railway Headquarters 12975Gandhi Nagar, Adyar – The first layout of Madras that is Chennai 12968A device used and some methods practised by Tamil mariners in the mid-19th Century 12966The dashing wicket-keeper batsman sans inclusion in the Indian team 12959Short ‘N’ Snappy