The dashing wicket-keeper batsman sans inclusion in the Indian team

At the start of the 1967-68 Ranji Trophy season there was little to suggest that Madras would top the table in the South zone and qualify for the knock out rounds. Those days only one team could make it from each zone to the knock out rounds and Madras had not won the South zone championship since 1961-62. Mysore and Hyderabad were formidable opponents in the zone and had alternately qualified during the five previous seasons.

And yet at the end of it all, Madras not only entered the knock out rounds from the zone, but they made it all the way to the Ranji Trophy final against Bombay at the Brabourne stadium. There were several reasons behind the stupendous showing that saw them win all the six matches – the four matches in the league, the quarterfinal against Madhya Pradesh and the semifinal against Services. The bowling of S. Venkatraghavan and V.V. Kumar stood out but the batsmen too stepped in with valuable contributions. However the chief reason behind Madras’ success was the batting of K.R. Rajagopal who passed away recently at Bangalore, aged 82. 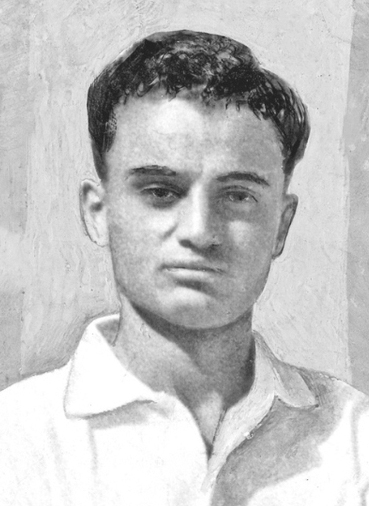 Rajagopal opened the batting with skipper P.K. Belliappa and was also an efficient wicket-keeper though the latter kept wicket for the state during the season. Rajagopal had earlier played for Mysore and then moved over to Madras where he was employed with India Cements. For six seasons since making his first class debut in 1961-62, Rajagopal had proved to be a valuable state level player. All this changed during his golden phase of 1967-68 during which he was hailed as a potential India player and a strong candidate for the tour of Australia and New Zealand later that season.

Rajagopal started off with a bang getting 135 in the opening match of the campaign against Kerala at Chepauk. A week later against much stronger opposition he scored 119 and 41 not out against Hyderabad who had bowlers of the calibre of Abid Ali, D. Govindraj, M.L. Jaisimha, Mumtaz Hussain and Noshir Mehta. The following month against his old team Mysore, he got a polished 78 against Erapalli Prasanna and B.S. Chandrasekhar and by now he was in the selectors’ books for the tour Down Under.  Predictably enough he was included in the South zone team for the Duleep Trophy and confirmed his rising stature by getting 52 and 53 not out against Central Zone. A rare failure (6) in the final against West zone was followed by scores of 49 and 22 while playing for Rest of India against Bombay in the Irani trophy game.

Nevertheless it was felt that he had done enough to warrant selection for the Indian team. But in a decision that sent shock waves through the state, he was overlooked and K.S. Indrajitsinhji went as deputy to Farokh Engineer. The specious argument against his inclusion was that he didn’t keep for the state but actually Rajagopal was simply brilliant behind the stumps, agile and alert and while he did take many fine catches it was his stumping batsmen even just outside the crease that caught the eye.  In a twinkle of an eye he would gather the ball and whip off the bails before the batsman could get back. Indeed Rajagopal had kept wicket for Mysore and also for Madras the previous season before Belliappa as captain decided to don this role for the 1967-68 season.

There have been several selection howlers in the history of Indian cricket but Rajagopal’s omission from the team that toured Australia and New Zealand that winter has to rank very high in the list. However far from being downhearted Rajagopal focused on getting Madras through the knock out rounds. Scores of 71 and 154 against Madhya Pradesh followed by 39 and 10 against Services saw his confidence sky high on the eve of the title clash against Bombay. A stroke filled 73 during which he figured in his fourth three-figure partnership with Belliappa for the season saw him finish the season with 729 runs – an easy record for a Madras batsman in the Ranji Trophy. The one disappointment was that his superb run of scores could not help Madras regain the Ranji Trophy with Bombay emerging winners on the first innings lead. But scoring over 900 runs in a season when there were limited opportunities was a tremendous feat.

Rajagopal was never in contention for an India cap thereafter but he continued to play a stellar role for Madras in a career that lasted till 1970. Essentially he was a batsman in the classical vein, playing cultured text book strokes though he could be cavalier in his approach too if the situation warranted. He had a plethora of fans who were enthralled by his dashing stroke play and were regulars at matches featuring Madras, Jolly Rovers in the TNCA league or India Cements in the Hindu trophy. He had the ability to switch gears when it came to one day matches or limited overs cricket thanks to superb body balance and adroit footwork. He had an uncanny knack of piercing the field or striking the ball over the infield.

Rajagopal finished his decade long first class career with 3074 runs at an average of 34.53 with eight hundreds and also pouched 51 catches and brought off 22 stumpings with his smart glovework. The statistics might appear to be modest but Rajagopal will always be remembered for the joy and charm he brought to the game.

12989Can we please let medical education be in English? 12987An informed public calls for Transparency in governance, not Translucence 12982Heritage Watch: Whither the Music Season? 12979Centenary of the Southern Railway Headquarters 12975Gandhi Nagar, Adyar – The first layout of Madras that is Chennai 12968A device used and some methods practised by Tamil mariners in the mid-19th Century 12959Short ‘N’ Snappy 12961Our Readers Write