“I have never before seen an architectural entity even vaguely resembling this edifice,” says Mano about Moubray’s Cupola which adorns the Madras Club. A small story – once, the Madras Club invited Mano to make a presentation on his remarkable career. S Muthiah was part of the event at which, so the tale goes, he paid Mahema, then on the other side of 50, a spur-of-the-moment compliment that delighted Mano – “Santhome girls are the loveliest in town and Mahema is a Santhome girl.” 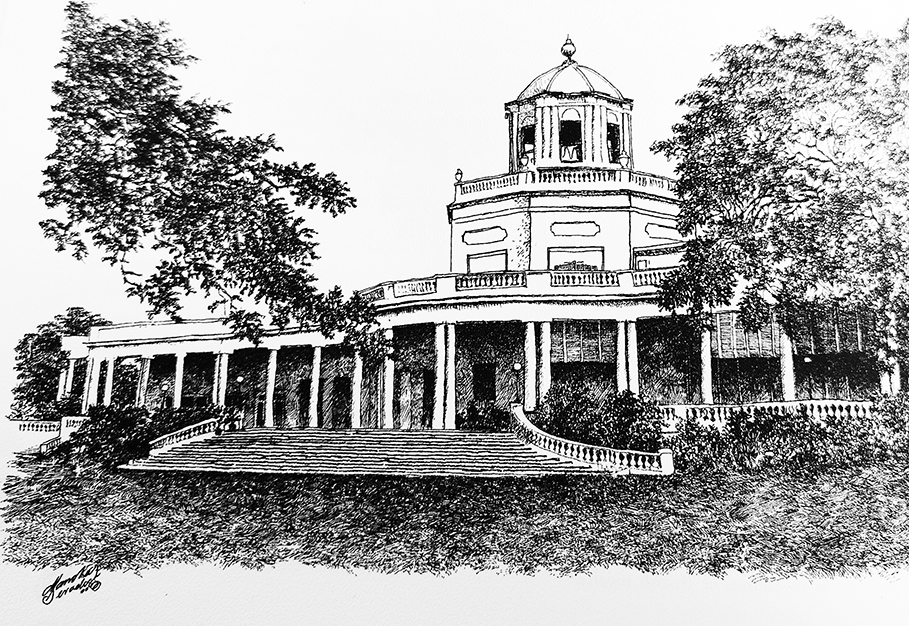 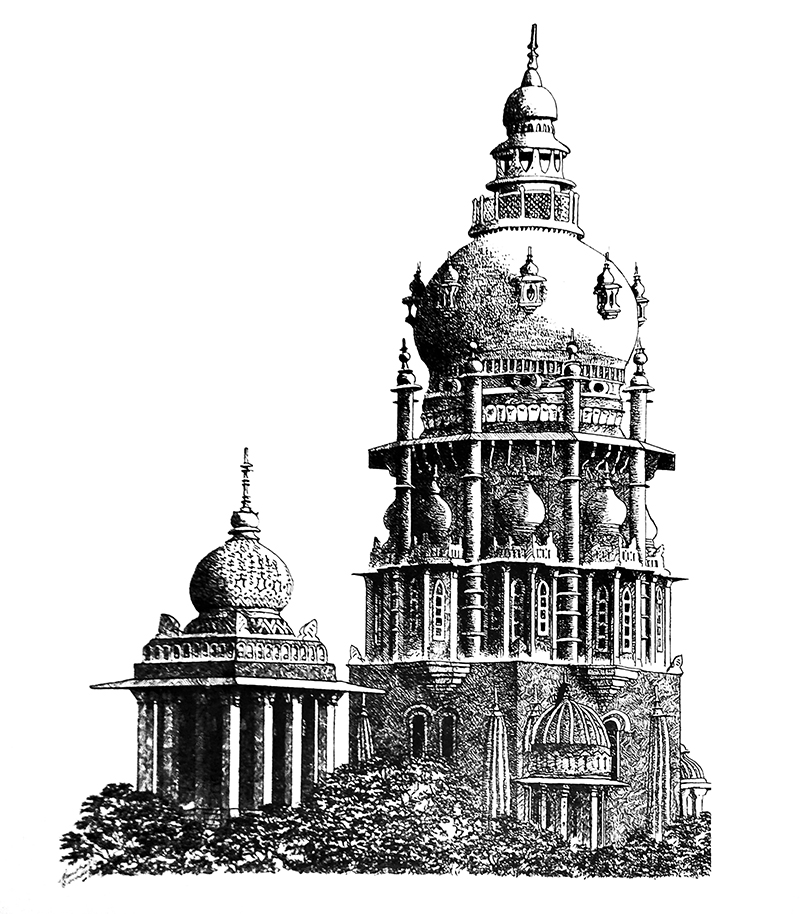 The teenage Mano who visited his grandparents in Madras, loved visiting the Lighthouse, then the tallest building in the city. He describes what he saw in lovely words – “Down below, I could see a host of domes of the High Court complex. I would see trams like little chocolate boxes moving slowly on rails and red buses called Red Ladies moving hither and thither. Above all, I enjoyed looking at electric trains, like little toys, snaking their way rapidly on curving tracks. I would see the dignified buildings of the ­Esplanade, the harbour, ships harboured at a distance and the deep blue sea. I would also see to the south an expanse of dark green trees, above which stately Indo-Saracenic buildings held their proud heads. All these memories are deeply engraved in my mind, even after the passage of more than six decades.” 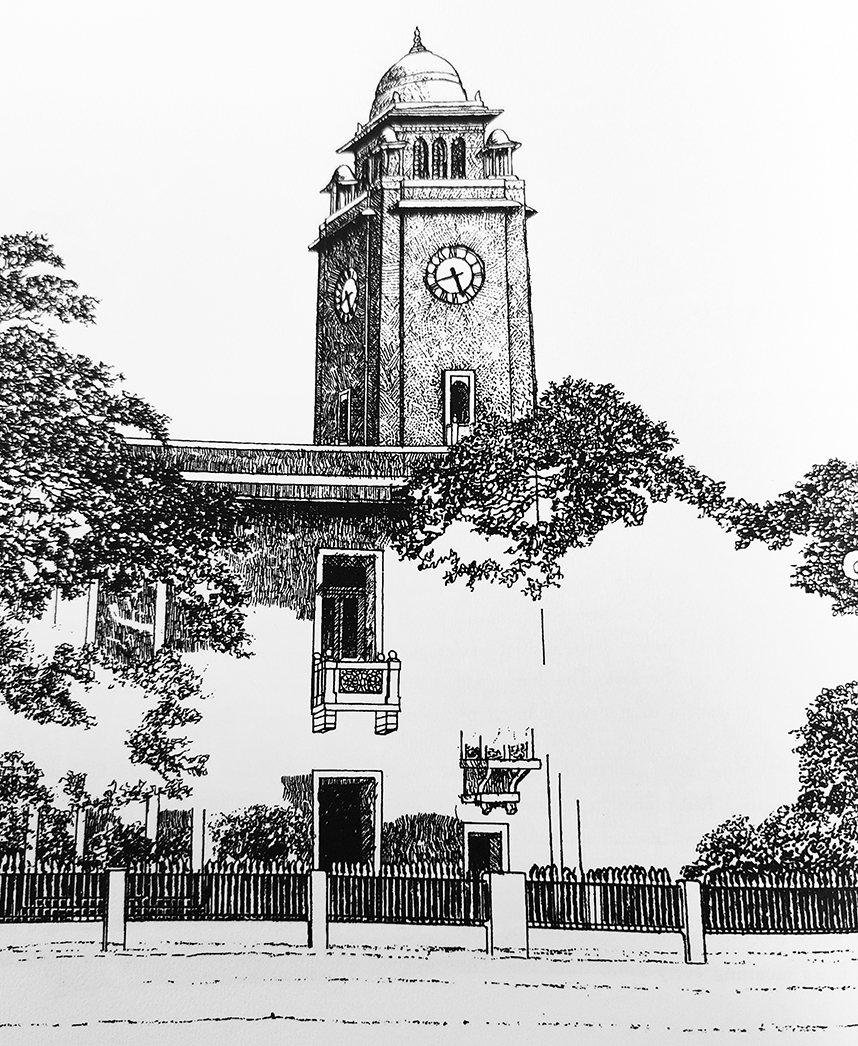 It was in February 2008 that Mano began work on an ink sketch of the Clock Tower. Mahema had been by his side for years, reading to him as he drew; but now, her stamina was waning after a 35-year battle with her illness. On March 2, past midnight on a particularly challenging day, Mahema asked to see Mano’s work and expressed joy in its progress. Shortly after, deep slumber claimed her and she did not wake up. In Mano’s words – “The stage at which Mahe saw the incomplete artwork was of special significance to me. I took a photocopy of the ‘unfinished symphony’ to mark the significant moment and then proceeded to complete the artwork.’

A First Day Cover of the sketch was formally gifted to Prince Charles on his visit to Madras when he participated as a Guest of Honour in a ceremony at the Church. 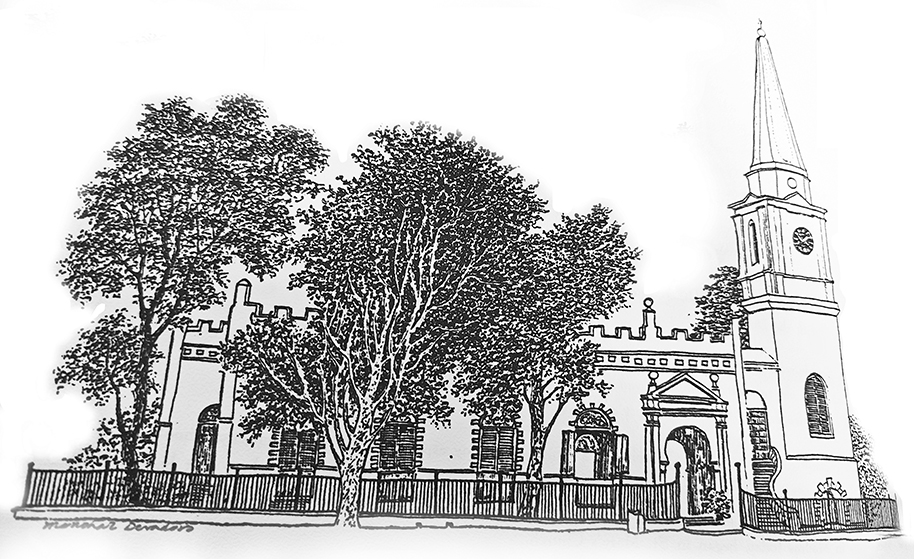 Curiously, Mano had no thought of sketching the Triumph of Labour until the imminence of a ‘happy, anticipated family event’ – the expected arrival of a new baby with Mahema. In his own words – ‘Inside the card would be my artwork of the statue and on the outside, there would be only three words, ‘Congrats on your…’ …The card would convey my joy by congratulating her on ‘her’ triumph of labour.’ 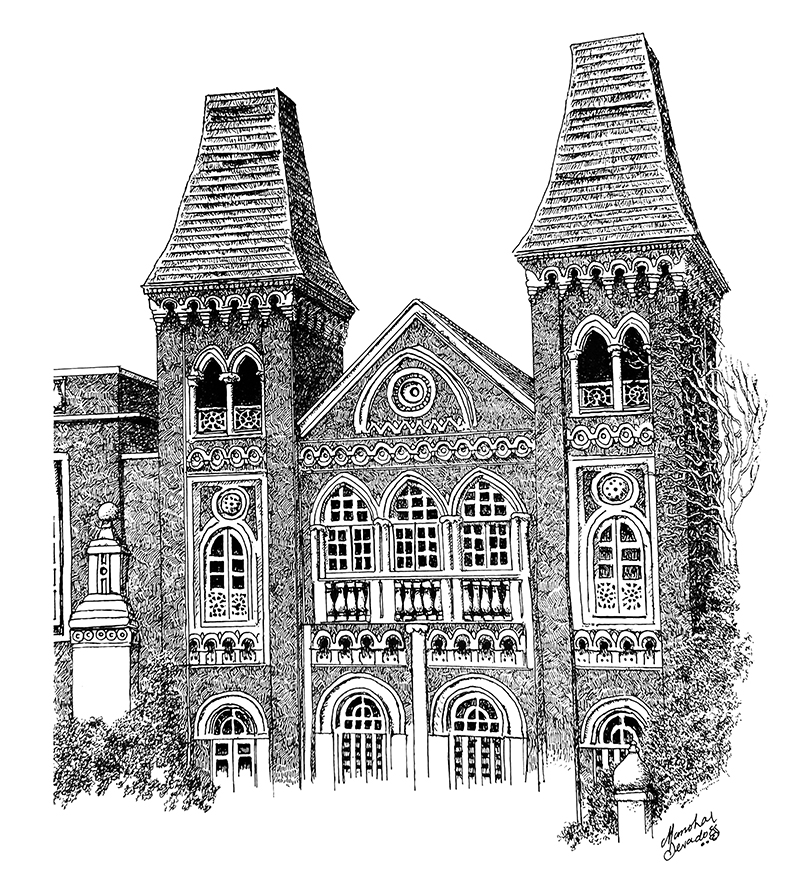 When Abraham Eraly requested a cover image for a special edition of Aside that bore the theme ‘City in Transition’, Mano chose to sketch the landmark Spencer’s Building, which was at a significant turn in its own history – while a major part had been demolished, a multi-storied departmental store was rising from the ashes. Mano writes, “… my drawing for the cover showed on the left side of the fading yet elegant old part of the building and to the right the shell of the new. The new departmental store would offer a far wider range of products and would cater to the ever increasing population. But in this process, the noble, stately, attractive heritage monument would be lost forever. Abraham was pleased with the cover drawing but felt sad about the event it represented.’