I have lost a great friend, a co-traveller of a few decades – D. Hemachandra Rao, all of 82 years. Rao loved the city of Madras and gave it all he had to contribute. He was also one of India’s foremost philatelists and perhaps the expert on India’s lighthouses. The city and our passion for it brought us together some 15 to 17 years ago. We remained a team until the end.

Rao was a man of many large, unique parts. He became hyperactive after the passing of his wife and his retirement from his consultancy. He first went back to his long love that began when he was a kid – philately – and expanded it by the day. He was an expert at creating special postal covers to mark milestones and he chose to specialise in ­India’s ­maritime world – mainly, its Navy. Rao’s collection of these covers are fantastic ones – some carry the signatures of great people, including the President of India. A part of this collection is now displayed at INS Valsura. 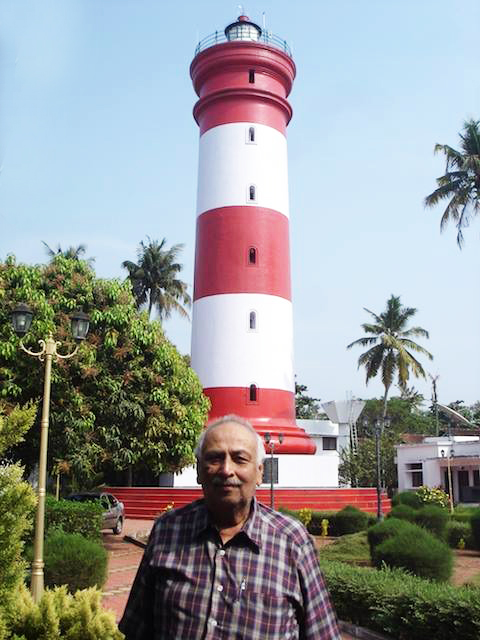 Rao would go many miles to create these special covers. He would access even the remotest Post Office in India to get a cover cancelled locally, bug a senior Naval officer and get the autographed postal cover shipped to his place. Imagine the value of all these unique covers he created. Each now carries a story of history.

When a group of us launched ‘Madras Day’ (to celebrate the city, its heritage, people and places), Rao was at the heart of the venture. He created great special covers for August 22 (now a collector’s item), organised exhibitions, volunteered to give talks on his favourite themes and even headed walks. His favourite walks were themed on the Buckingham Canal and on the old bridges of Madras.

He spent a decade researching India’s Light Houses and the Buckingham Canal. The Tamil Nadu Archives in Egmore was his study centre – it was here that he spent long hours poring over files that were shared reluctantly and piece-meal. Once his desk study was over, Rao launched on two great journeys. The Light Houses of India and The Canal. I was his co-traveller on many such journeys that educated me a lot.

Rao has travelled to every nook, channel, lock and basin of the Buckingham Canal – across Tamil and Andhra. There’s nobody who knew the Canal as he did. He walked into the slush of faeces and muck around Basin Bridge, sailed in country boats off Mamallapuram and Peddaganjam, located Canal milestones in Pulicat and Marakkanam, and photographed every rusting lock and archived thousands of pictures. Even until yesterday, Rao was at this venture – he recently printed a 6ft wide copy of the Canal drawings of colonial time and was preparing to sail down the Canal to locate milestones 64 and 65 off the ECR.

His Light Houses of India journeys were epic – from Madras to Dhanushkodi and Muttam, from Kanyakumari to Mangalore to Goa and Bombay and on to the Gujarat coast, from Pulicat all the way to Sagar in West Bengal. The many Lights in the Andamans and in Lakshwadeep were the only ones left to visit on that epic list. The postal record that Rao created on this epic journey is unique and his collection, priceless. It was a different India we got to experience.

Rao has also documented all the old bridges of Madras and the ‘red’ buildings of this city.
His biggest project was creating a Maritime Museum at his bungalow in Virugambakkam, the house he built when that area of Madras was still paddy fields. His choice collection of postal stuff – stamps, stationery and special covers, and materials and miniature models on Light Houses and the Canal are displayed here, including quirky stuff like beer cans and lighters with images of a ship/boat. One section here is devoted to the Canal, with a miniature Canal boat holding sample stuff like salt and indigo – all that the boats carried when the Canal was a lifeline.

Amazing work for a man who did it all in his 60s and 70s. He was a co-traveller who enriched my work and my life. These are the people who we must celebrate, not mourn.