VP Hall, which is in the news these days for positive reasons, was meant to be the town hall of the city. Constructed in 1887 to commemorate the golden jubilee of Queen Victoria’s reign it was the epicentre of several developments in the city. Left to rack and ruin for decades, it now seems set for a new lease of life, which is to be welcomed. Designed by Robert Fellowes Chisholm,the classic red brick structure with its defining tower is a landmark of the city and deserves preservation and adaptive reuse. 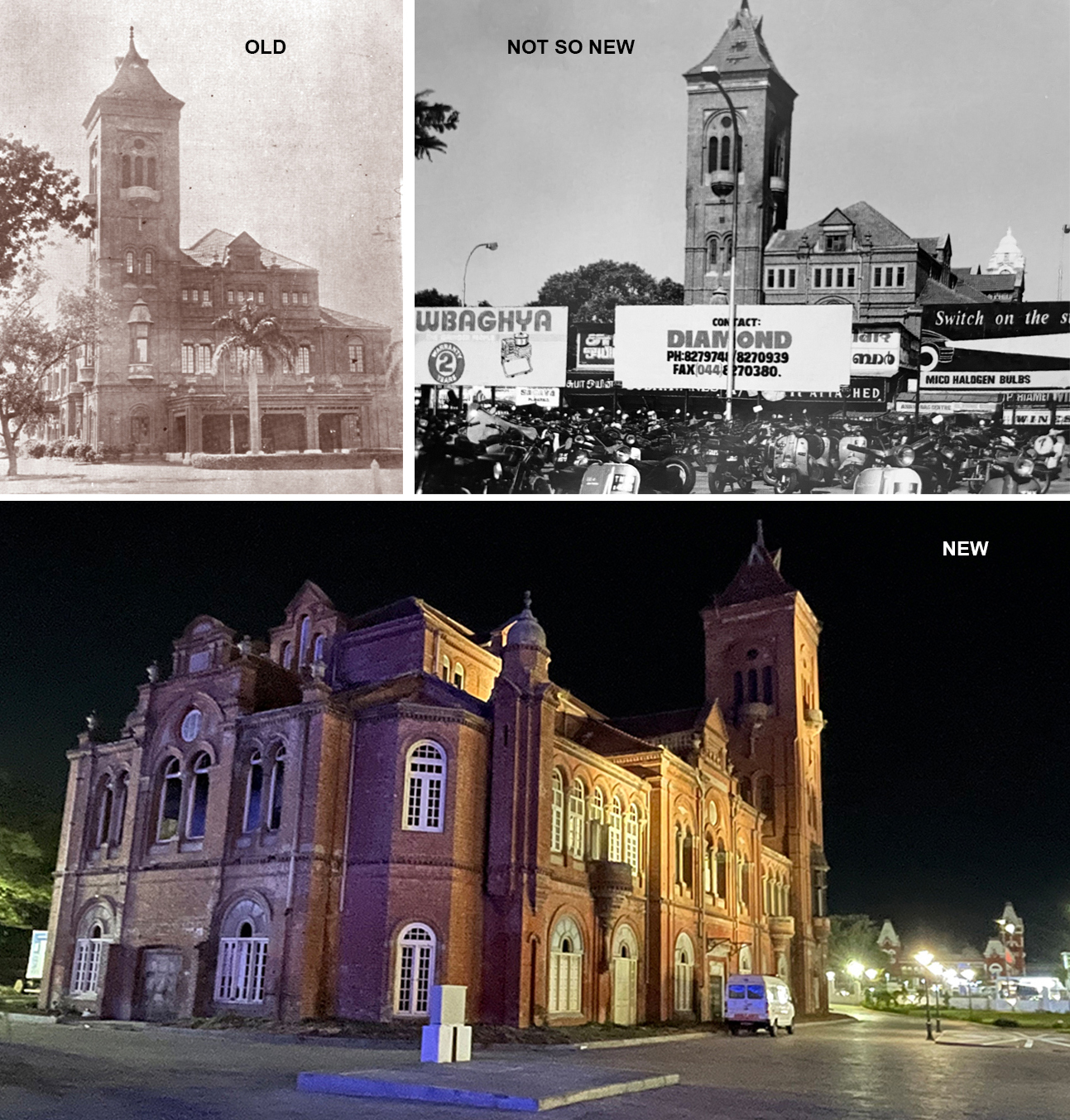 Our OLD dates to 1929 and shows the hall as it was in its heyday, when it was the headquarters of the Suguna Vilasa Sabha. Our Not So New, features the building as it was in the 1990s, completely hidden by shops. Our NEW, taken a month ago shows a compound free of all encroachments and the building lit up. But its interior is in a shambles and requires immediate attention, which hopefully the restoration plan will attend to.