PS-1 is all the rage at present. I use the word rage advisedly, but it does seem the mot juste given the reactions and discussions that have since erupted (to put it mildly). But what role did Chennai or Madras have in its creation? Plenty. Kalki was after all a man from Madras – it was here that he wrote most of his immortal works. It shaped him, and most certainly influenced his writing as well. Let us trace some of the locations in the city most closely associated with Kalki, with the help of his biography, Ponniyin Puthalvar, penned by journalist Sunda.

Kalki’s association with Madras began in 1923. He was then working for the Khadar Board in Erode and one day was summoned by noted freedom fighter Dr. T.S.S. Rajan, who later became a minister in the Rajaji cabinet of 1937. Rajan gave Kalki a letter of introduction to Tiru Vi Kalyanasundara Mudaliar, noted writer, labour leader and spiritualist who was then running a magazine named Navasakti in Madras. Kalki was firmly told by Rajan that his future lay in journalism, and he ought to seriously consider it. The letter to Tiru Vi Ka was the first step. Armed with this, Kalki resigned his position at the Khadar Board and proceeded to Madras. Tiru Vi Ka welcomed him and gave him a job at Navasakti. Conditions were spartan and the payment meagre but Kalki persevered. He enjoyed the work and Tiru Vi Ka was most encouraging. He even got Kalki to sing Bharati’s poems at an event held in a coconut grove in Thiruvallikeni to pay homage to the poet. The noted patriot Subramania Siva was in the audience and appreciated Kalki’s singing.

His marriage to Rukmini had taken place but the bride was still at her parental home. In 1926 or thereabouts it would seem Kalki brought her to Madras and set up house in Royapettah. Thereafter, they moved first to Tank Bund Road in West Mambalam where rentals were low. Following a burglary scare they moved in with Rukmini’s uncle’s family – the latter lived in a large house they owned in Easwaran Koil Street, Old Mambalam. A year later, the Kalki couple was in Apparswami Koil Street, Mylapore. This was where Kalki published at his expense Sarathaiyin Thanthiram, a compilation of his short stories. His other work, Sathya Sothanai, which was a translation of Mahatma Gandhi’s writings too came out the same year. The books did not sell and eventually Kalki had to seek the assistance of S.S. Vasan. Their acquaintance had taken place in July 1928 when Kalki wrote Ettikki Potti, a humorous article for Vasan’s Ananda Vikatan. The latter who was a past master at marketing soon managed what Kalki could not and that marked the beginning of a friendship. Kalki began writing regularly for Ananda Vikatan. He also quit Navasakti.

But he did not join Vikatan full time immediately though that was Vasan’s expectation. To Kalki Rajaji was a mentor supreme and when the latter invited him to join his ashram at Tiruchengode he did not think twice. There he assisted Rajaji in the bringing out of Vimochanam, a periodical dedicated to prohibition. The Salt Satyagraha came about and Kalki, who was an ardent participant, was sentenced to imprisonment – his second stint in prison. He was released in 1931 and after a brief stay at Tiruchengode came to Madras once again. He joined Ananda Vikatan and became its editor. The Kalki couple lived on Mint Street, close to where the magazine also had its offices, and this was where they raised a family – their first child and daughter Anandi was delivered at the Christina Rainey Hospital, Tondiarpet. 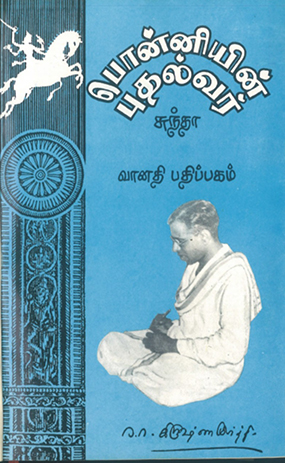 It was the beginning of a most prolific period in writing, one that ended only with his death in 1954. Kalki wrote short stories, novels, editorials and travelogues for Vikatan but it was his reviews of stage plays, Carnatic concerts, movies and gramophone records, that he wrote under the pen name of Karnatakam that brought him a huge following. And from these we get to know of several famed landmarks of the city, now all lost. Kalki frequented theatres such as Elphinstone, Crown, Gaiety and Wellington. We read about what Saundarya Mahal on Govindappa Naicken Street looked like. We accompany him to music performances in Gokhale Hall and the St. Mary’s Parish Hall on Armenian Street, to Veda Vilas on Egmore High Road and to the pandal behind Ripon Buildings and the University Senate House – venues for the Music Academy. We see him at the R.R. Sabha in Mylapore. Without Kalki, many of these places would have vanished without a record.

These were very busy days and brought him a reasonable income. Emboldened by this, Kalki purchased a plot of three grounds on Bazullah Road, T Nagar. The house however took time to come up chiefly because he was busy 24×7 at Ananda Vikatan, which partly thanks to his pen, had become popular enough to transform from a fortnightly to a weekly. The house was eventually completed in 1935 and Kalki moved in. This was where his son Rajendran was born. Kalki was to be in this residence till 1939. His neighbours were close associates – Rajaji’s son on one side and R.V. Sastri, a Gandhian and social reformer on the other. In 1939, with his economic status vastly improved owing to his helming Ananda Vikatan, Kalki purchased a vast eight ground plot on Boag Road. The residence when completed was in the modern style and cost him Rs. 40,000. It was during that time that his novel Tyagabhoomi was being serialised in Vikatan and also being shot simultaneously at the MPPC premises, later to become Gemini Studios.

The 1940s brought many changes. Kalki went to prison for the third and final time during the Quit India Movement. In 1941, he and friend T. Sadasivam, then Advertising Manager at Ananda Vikatan, quit the magazine and began Kalki. Thereafter began Vasan-baiting, which continued till differences were reconciled following the release of the latter’s Avvaiyar in 1953. From being a career journalist to part-owner of a magazine was a difficult transition. Working with Sadasivam too would not have been easy. The new publication came out from Kalki Gardens on Nowroji Road, Kilpauk. Not far from here was the Newtone Studios where M.S. Subbulakshmi’s Meera was shot, the script and song lyrics by Kalki. It was during the 1940s too that among other things he wrote two of his historic novels – Parthipan Kanavu (1942) and Sivakamiyin Sapatham (1944-1946).

During the hectic 1940s and 1950s, Kalki sought relaxation by driving out into the countryside. He sold his Boag Road residence and purchased instead a farm spanning 30 acres in Mudichur, then a distant village and now very much a part of Chennai. He installed his in-laws there and tried his hand at farming. This was not successful and eventually the farm was sold when he needed money for his daughter Anandi’s wedding. Then came another farm, this time at Kazhipattur near Mamallapuram. This too was a write-off but both experiments gave him much needed respite from work.

Ponniyin Selvan was conceptualised in 1950 and began to be serialised in Kalki the same year. This coincided with a shift to a new residence, this time on Fourth Main Road, Gandhi Nagar. The area was just being developed and Kalki completed his purchase at Rs 40,000, paid for in instalments. He shifted into what was to be his final residence in 1951. He rejoiced in the arrival of his granddaughter Gowri and continued working on Ponniyin Selvan. The serial was a runaway success and the magazine’s circulation skyrocketed to 73,000 copies an issue. He was by then involved in numerous other projects including building memorials for Subramania Bharathi and Mahatma Gandhi. Rajaji was back in Madras after his tenure as Governor General and needed his time. There were many visitors and even more letters to be replied to. And there was the magazine to be fed with content.

Kalki’s health began failing by 1953 and it must have been with some relief that he completed Ponniyin Selvan, the final episode appearing in May 1954 in the magazine. He was dead in December the same year. Thus ended a remarkable life. Today there are no markers of the many places in the city that Kalki was associated with but a part of Lattice Bridge Road, leading to Gandhi Nagar is named after him.

This article is based on the book Ponniyin Puthalvar by ­Sunda, published by Vanathi Pathippagam in 1976.