As the curtains come down on Madras Week 2022, we at Madras Musings are filled with a deep sense of gratitude to the city that we are proud to be in and call home. That it can have so many positive-minded celebrants is by itself a matter of pride but then, we would have expected nothing less from Madras that is Chennai. What was even more heart-warming was the way people came forward by themselves to celebrate the city. Here, there, in ones and twos, the events kept adding up. And there was a buzz in the air.

Come to think of it, there is nothing sensational in Madras Week celebrations – it is hardly the kind of happening that attracts eyeballs. It is not breaking news material. But for a change, it is not a negative story either. And there we think lies the secret behind Madras Week’s attraction as far as the media is concerned. That there are so many celebration-worthy aspects to the city itself made for a great story and that is what we think attracted the media. It took note and it was wonderful the way the coverage of Madras Week events was kept up. Many thanks to the media people – at a time when you were yourself battered by the pandemic and the consequent fall of revenue, we sincerely appreciate what you did.

Our next hero is the hospitality industry. They were perhaps the worst hit when it came to the last two years. And yet, when Madras Week was revived, they were back, offering venues, experimenting with cuisines, and deliberating over the different ways in which they could celebrate Chennai. As is well known, Madras Musings has over 17 years partnered with the hospitality industry when it comes to hosting talks and events, and it was with a sense of trepidation that we ­approached the hotels about the possibility this year. We were overwhelmed by the response we got, to an extent that we had to disappoint a couple of venues. We promise to make amends next year. 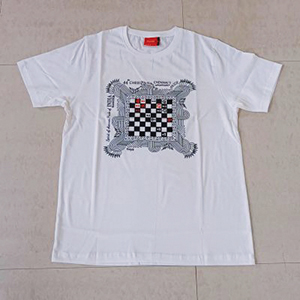 The teaching profession was in the forefront of the battle for maintaining normalcy even while Covid raged. You would have thought they would have wanted to take a break from Madras Week for a breather. But no, not they. In fact, this was a year when more schools and colleges were part of Madras Week. And they just went about it planning it their own way. Quietly and in style. The response from the students was amazing to say the least.

Even the Greater Chennai Corporation had its bash – teaming up with the Confederation of Indian Industry. There were some murmurs about the nature of the event – appropriating a beach and turning a quiet residential area upside down in the process – but then when we have all along maintained that there is no one way to celebrate the city, we need to accept all that goes in the name of Madras Week too. Thank you Corporation of Chennai and the CII for being a part of Madras Week and we hope the beach was cleaned up the next day. We also hope that next year you will continue to celebrate but in a manner that does not intrude into anyone’s neighbourhood.

Is there any other city that celebrates itself this way? Who would have thought that quiet and staid old Chennai that was Madras would begin calling attention to itself? But these things happen. It is yet another first for a grand metropolis and may it continue to prosper. Here is to many more Madras Weeks.