One of the lesser talked about aspects of Madras is its contribution to the development of commercial education. Over the years, it has also been home to several stalwarts from the field of accounting and audit, who have in their own ways been pioneers and have contributed to immensely to the growth of the profession in our country.

Recognising the growing need for teaching business and secretarial practices as well as principles of book keeping to serve the interests of the mercantile community, the trustees of the famous Pachaiyappa’s Charities started a Commercial School in the 1880s, which was the first of its kind. K. Subramania Aiyar, a lecturer in the Pachaiyappa’s College, was placed in charge of this venture. He was allowed to work in the afternoons in some of the important mercantile houses in Madras in order to get an insight into their functioning. Apart from classes for regular students, a night class was also conducted for employees of various offices who were unable to attend daytime lectures due to their official commitments. The Government of Madras soon instituted Elementary and Intermediate examinations in the field. 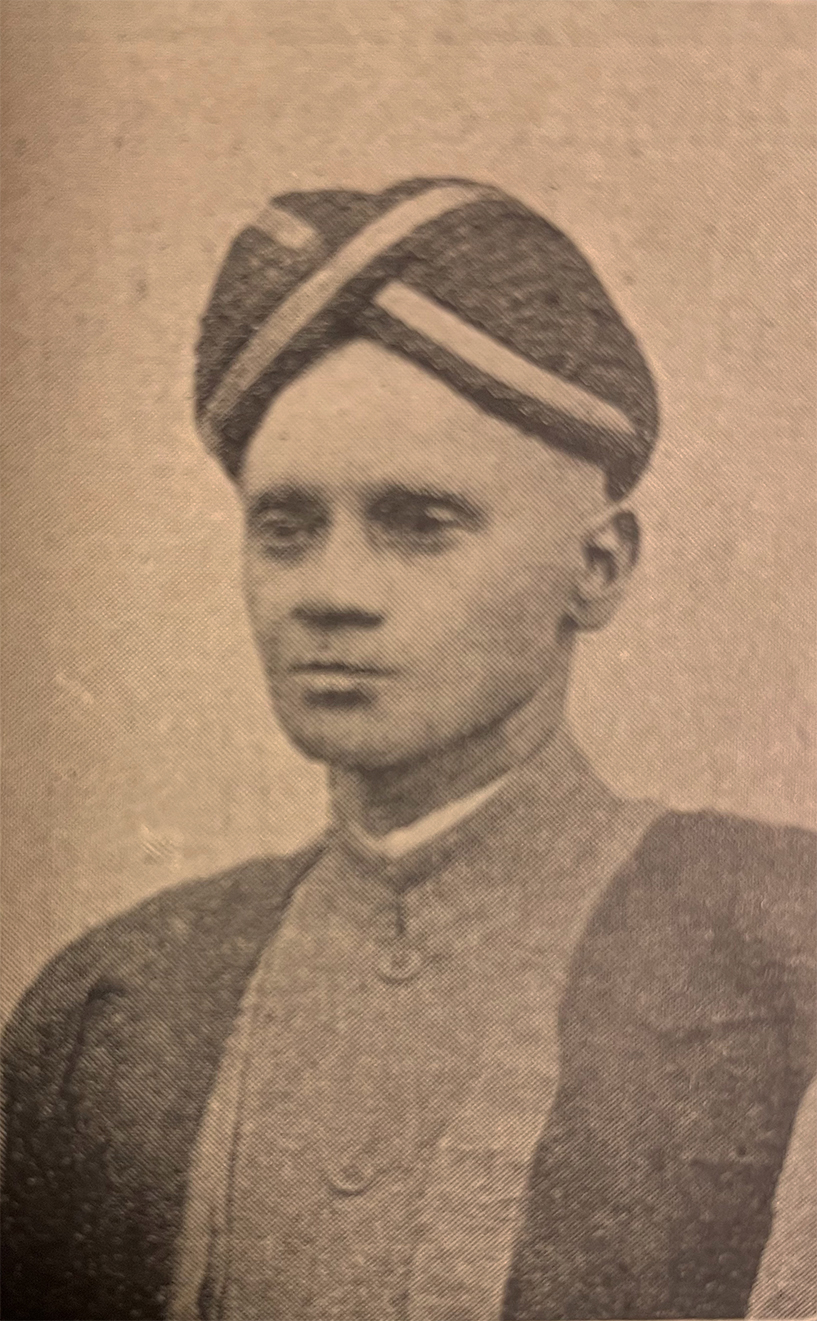 In 1895, the Government School of Commerce was established in Calicut under the stewardship of Subramania Aiyar and thus began the formalisation of the field as a subject of study and specialisation. Around this time, Subramania Aiyar authored a pioneering work on accounting titled Principles and Practice of Book Keeping. In 1900, he shifted to Bombay as the Principal of the Byramjee Jeejibhoy Parsee Charitable Institution, where he continued to serve the field of commercial education. He started a school to train students for the London Chamber of Commerce exams. It was thanks to his proposal and continuous efforts that the B.Com Degree was introduced by the University of Bombay in 1913. Having been elected an Associate of the Society of Incorporated Accountants and Auditors in London in 1890, Aiyar also become a pioneer of the accounting and audit profession in the country, establishing his firm K.S. Aiyar and Co in 1897 in Calicut. The company, now headquartered in Bombay, continues to function till date. 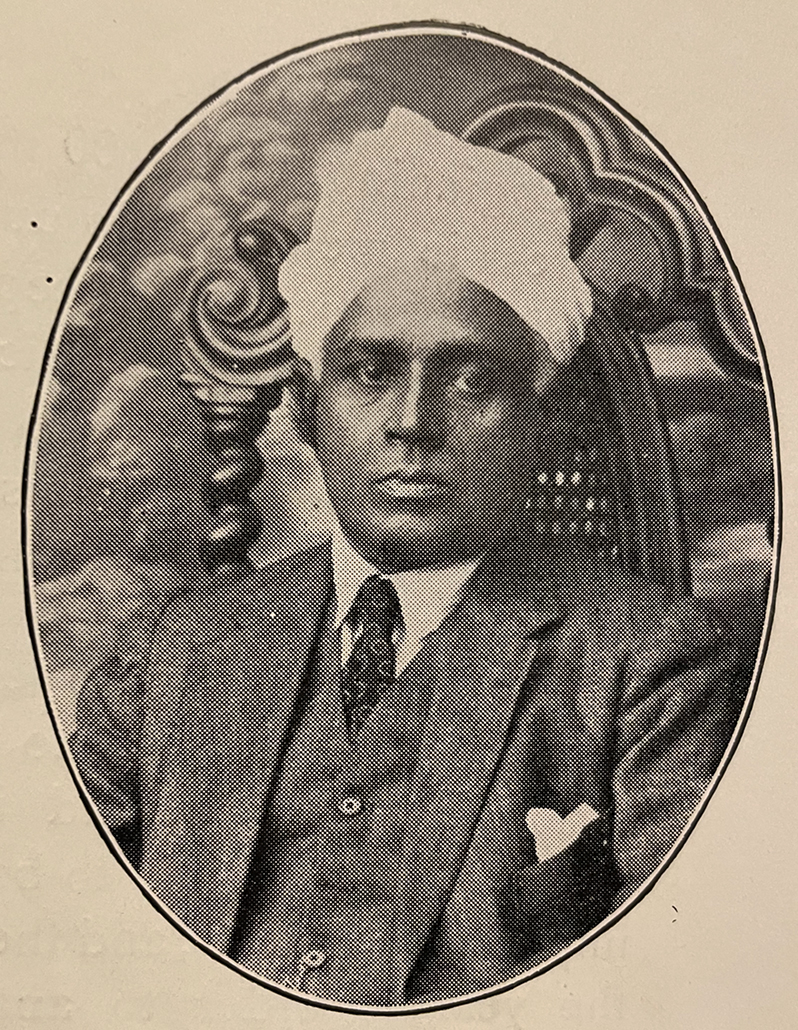 Coaeval to the development of commercial education was an effort to promote yet another essential function of the mercantile and secretarial activities – shorthand and typewriting. An association known as the Madras Shorthand Writers Association was formed in February 1893 with T. Subramania Iyer, an employee of the Madras Railway Company, serving as its secretary. C.A. Paterson, the Principal of the Church of Scotland Mission College (and later, Registrar of the Madras University) was its President while T. Luker of Addison and Co served as its Vice-President. For its members, the association conducted regular classes, lectures and meetings on interesting aspects of stenography. These classes helped them in passing various shorthand exams conducted by the Government of Madras and obtaining scholarships, and greatly increased their employability. One of the leading lights of this association was Rao Bahadur C. Gopal Menon, the Dubash of Arbuthnot and Co. He later became a well-known figure in the field of commerce and economics, being elected a member of the British Economic Association and a Fellow of the Incorporated Phonographic Society, London. He also served on the Executive Committee of the South Indian Chamber of Commerce and Honorary Secretary of the Madras Mahajana Sabha.

It was not until 1918 that formal examinations (the Government Diploma in Accounting) were introduced for the training of accountants and auditors in India. Until then, the qualifying exams to practice as an auditor were held in England. G. Narasimham, from a small village in Godavari district, was one of the most illustrious professionals of this era. He had been an employee of the Public Works Department, working in the Northern Circars for a short period of time before quitting service and joining the Davar’s College of Commerce in Bombay, where he received commercial instruction and training. He then passed the final exams of the Central Association of Accountants, London and was later elected a Fellow of the institution. He setup practice as a Public Accountant and Auditor in Madras in 1911. His clientele included several Estates, Joint Stock Companies, Banks and Devasthanams of temples such as Tirumala and Tirupathi and those administered by the Madras Devasthanam Committee. In 1919, he founded a fortnightly business review magazine named Commerce and Industry, which he ran for a few years.

PNS Aiyar – who established his practice in 1922 after receiving the GDA degree and working for a short while with the reputed firm of S.B. Billimoria and Co – grew to become one of the country’s most reputed auditors. Apart from Madras, he opened offices in places such as Bombay, Lahore, Amritsar, Shimla and Delhi. He was the Consulting Auditor to several Indian States and the honorary auditor to the Hindu Religious and Charitable Endowments Board setup by the Government of Madras. He also served as Director on the board of the United India Life Assurance Co. Ltd. He was one of the first three accountant members of the Income Tax Appellate Tribunal, established by the Government of India in 1941. 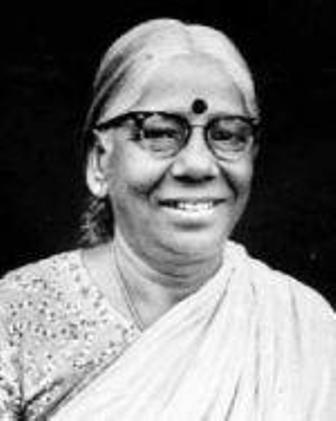 R. Sivabhogam, who qualified in the GDA exams in 1933 was the country’s first woman auditor. She was a freedom fighter, who had been involved with the Youth League headed by Rukmini Lakshmipathy. She later became a member of the Swadesi League and was actively involved in the freedom movement with other legendary personalities such as Ambujammal and Vai Mu Kothainayaki and spent a year in Vellore jail in 1931. After her release and subsequent qualification in the GDA exams, she joined the firm of M/s Sastri and Shah under CS Sastry as an articled assistant and later set up practice in 1937. She served as the chairperson of the Southern India Regional Council of the Institute of Chartered Accountants of India between 1955 and 1958. The R. Sivabhogam Prize is awarded to the Best Lady Candidate of the CA exams commemorating this legendary personality.

The oldest body for accounting and audit professionals in the country today, the Society of Auditors, Madras, was founded in 1927 (and formally registered in 1932) as a forum for advancement of mutual interests and foster friendly relationships between the members of the growing fraternity. Apart from P.N.S. Aiyar and G. Narasimham, some of its leaders in its early years included English members of the profession such as J.V. Pirrie and Cyril Gill (of M/s Fraser and Ross). Given its stature as a body that was the earliest of its kind, it was summoned to provide evidence before various committees such as the Committee on Co-operation in Madras in 1939-40 and the Income-Tax Investigation Committee in 1949. In 1938, it was a participant in the 5th International Accounting Congress held in Berlin. It also conducted classes for students appearing for the chartered accountancy exams for some time. It was an active votary in the call for the establishing an autonomous body for the management of the profession in the country, which eventually led to the founding of the ICAI. Over the years, several illustrious professionals such as S. Suryanarayanan (Suri and Co), B.B. Naidu, P. Brahmayya, D. Rangaswami (who later ­became President of the ­Income Tax Appellate Tribunal), G. Narayanaswamy and others have been at the helm of the organisation, that celebrated its 90th anniversary recently. Today, it has over 700 members from industry and practice on its rolls and continues to be an active forum for professional enrichment and development.

12920Tempting School Children with drugs – the new menace 12918Funding accelerated for government schools even as TN slips a rung in the PGI Index 12916Heritage Watch 12914Centenary of a Loved Landmark 12912A device used and some methods practised by Tamil mariners in the mid-19th Century 12910How ‘Green’! 12908When old rivals met in Kangaroo Bhoomi 12906Short ‘N’ Snappy 12903Our Readers Write