The first proposal to recruit women in the Madras Police was made as early as in 1919. That was when the city police were trying their best to eradicate prostitution. F. Armitage, then Commissioner of Police Madras was all for tightening laws and the Government of India went to the extent of suggesting that the Government of Madras hires women police personnel to tackle the issue. P.C. Moore, then IGP concurred but nothing came out of the suggestion thereafter. The first women police force in India came about in Delhi and Punjab in 1949. By 1955, proposals were once again afoot in Madras, for the recruitment of women. The recruitment of one woman SI, four HCs and 30 women PCs was approved with no action ensuing.

The Punjab Police Commission headed by Justice Mahajan, former Chief Justice of the Supreme Court of India was appointed in 1961 to consider the recruitment of women into the police. This body sought the views of the state Governments in 1961-62, and the then Chief Secretary and IGP of the ­Government of Madras declared in no uncertain terms that ­recruiting women into the police department would be most unwise. This perception, ­however, did not last long. 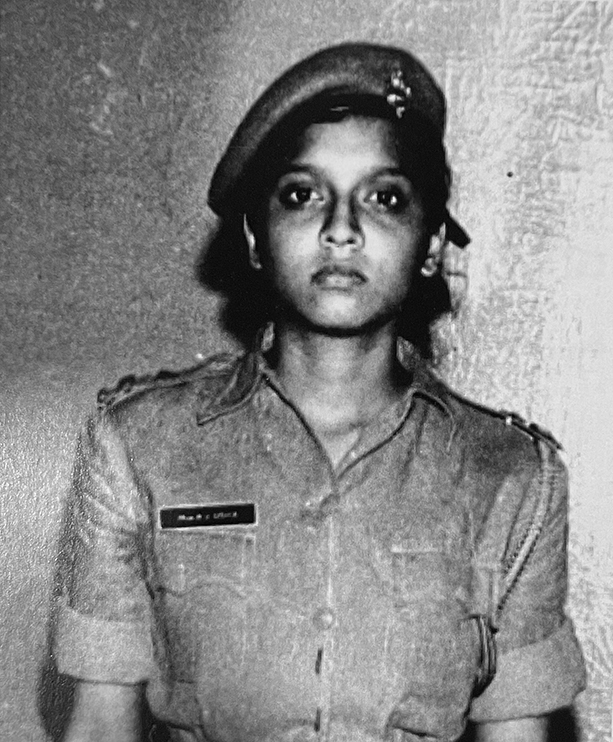 The first batch of women consisting of an SI, an HC and 20 PCs was recruited in 1973 in the State. That first woman SI was Usharani Narendra, who was a special invitee when the police museum was inaugurated in 2021. The women police induction parade happened at the Rajarathinam Stadium, Egmore, on November 1, 1974, with the then Chief Minister of the State, M. Karunanidhi being the Chief Guest. Rather coincidentally, he was also to inaugurate the stadium lights. F.V. Arul, IGP, welcomed the gathering and expressed the hope that just as the lights would illuminate the stadium, so would the women bring brightness to the police force. Having been recruited in December 1973, they had completed one year of training and were now ready to go into the field. They had all been trained in karate as well. On this occasion, the State Government was happy to increase the monthly pay of women constables from Rs. 150 to Rs. 200. In his ­address, the Chief Minister M. Karunanidhi outlined what was expected from the women in the police – offering protection to women in general, escorting women criminals as and when required, and assisting male police personnel during raids on brothers and places where women were exploited. This was to largely remain the duties of women in the force, with the addition of providing security during festivals and processions. The nature of work would change over time and is still transforming but several practical difficulties, not the least being the lack of public toilets for women has proved a huge deterrent.

Four years after the first batch of women joined, it was time to add to their numbers, this time from the rest of the state. That was when 13 grade I PCs were recruited for Madurai and Trichy. In 2017, this batch had a gala reunion to commemorate forty years of their being part of the police. By 1990, the strength of the women police had gone up to 857. Pointing out that this was less than two-percent of the total police force, the Second Police Commission had recommended an annual recruitment of 500 women to raise the total women police strength to 5,000 within a decade.

Meanwhile, in 1989 the State Government ordered a minimum of 30 per cent reservation for women in vacancies to be filled up in all Government services through direct recruitment. The Police department sought exemption from this reservation pointing out the existence of separate women police units and employment of women in ministerial staff, Police Radio Branch and Fingerprint Bureau. The Government, however, turned down this request. Since then, 30 per cent reservation in fresh recruitment has been in force and at present, the strength of women in Tamil Nadu Police is over 20,000. Women Police component in the force has thus gone up from two percent to around 20 now.

Tamil Nadu has an exclusive Women Battalion of TSP. In 1992, All Women Police Stations (AWPS) were pioneered in the State and the first of these was opened by the then CM J. ­Jayalalithaa in the Thousand Lights area of the city. This experiment has been extended to all sub-divisional headquarters. The State now has 222 All Women Police Stations. Another ­development has been the sanction of one-Woman Sub Inspector and two Women Constables for each Police Station. At present, women constitute two battalion strengths of the TSP. There is one exclusive ­Mahila Battalion (TSP V battalion, Avadi) and the other women personnel are scattered among different battalions. 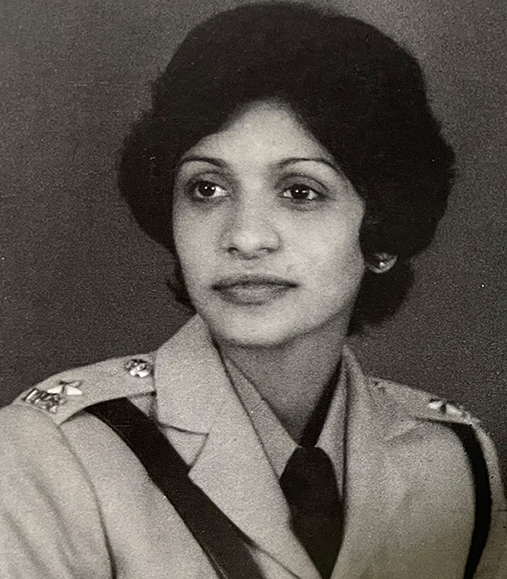 Three years after the first batch of women recruits joining the subordinate ranks, it was time for the first women to join the gazetted ranks in Tamil Nadu. In 1976, Letika (Dhar) Saran and G. Thilakavathi became the first women IPS officers of the TN cadre. “I can still recall Mr. Eric Stracey once remarking that when women joined the police it would be time for him to hang up his boots,” says Letika. “Years later, I called on him in Australia and reminded him about it. He smiled.” 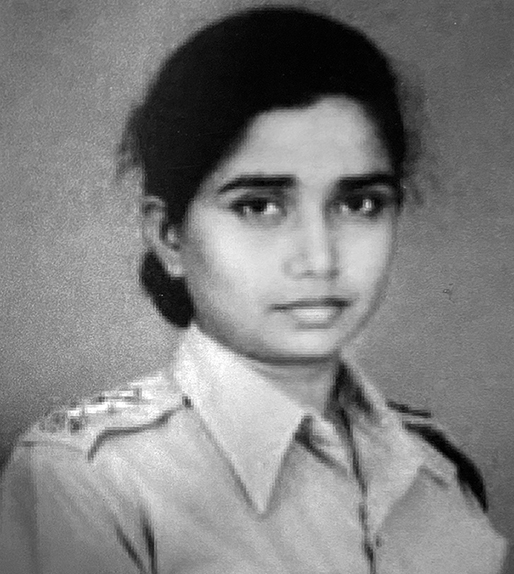 Thilakavathi was born in and completed her schooling in the Dharmapuri District of Tamil Nadu. An alumnus of Auxillium College, Vellore and Stella Maris Madras, she began her police career as an ASP serving in Vellore and later Trichy. She subsequently served as Deputy Commissioner of Police of Chennai and Superintendent of Police in the Civil Supplies CID and Commercial Crime Investigation Wing, before being promoted to the rank of DIG, while being posted to the Railways in early 1993. Later that year, she was appointed the DIG for the Chengalpattu-MGR range, that covered districts Chengalpattu East and West, and Arcot. In the process became the first woman DIG of the State. In 2007, she was promoted to ADGP. In 2010, she was posted as chairman of the Tamil Nadu Uniformed Services Recruitment Board, upon receiving a promotion to the rank of DGP. In many ways an icon, Thilakavathi’s name would inspire even an eponymous film! Post retirement, she had devoted time to writing, which has always been a passion for her.

Letika Saran was born in Idukki district in Kerala. Her postings include ADGP; ­Training and Project Director, Tamil Nadu Police Academy; Inspector-General of Police, Directorate of Vigilance and Anti-Corruption (DVAC). She became the Commissioner of Police, Greater Chennai on 20 April 2006.

On 8 January 2010, she was appointed as Director General of Police (DGP) for Tamil Nadu, becoming the second female DGP of a state in India and the first for Tamil Nadu. Saran’s appointment was later challenged by another IPS officer who claimed his seniority had been overlooked. In October 2010, the Madras High Court overturned Saran’s appointment and ruled that a list of three eligible candidates must be presented from which the state government would make their selection. The state government, “after due consideration and in full compliance with the directions of the Supreme Court,” again chose Saran from the list. She was re-appointed on 27 November 2010. She retired in April 2012. Since then, there have been a number of women IPS officers in the TN cadre.

Tamil Nadu has the distinction of having the first ever women police commando unit in India. This was established in June 2003. One unit in each Tamil Nadu Special Police ­Battalion was formed exclusively for ­women. Then in 2005, an exclusive women police battalion was formed with 1,078 women personnel of all ranks, once again a first in India. This included two companies of women commandos as well.

This article quotes extensively from the account of Tamil Nadu ­police written by the late Amit Verma, IPS for the Madras Gazette brought out by S. Muthiah on behalf of the Association of British scholars and published by Palaniappa Bros. The profiles of Thilagavathy and Letika Saran are from ­Wikipedia.