With the buzz of Pongal in town, Chennai has been taken by storm once again by the 46th Annual Chennai Book Fair. Held at the YMCA grounds, the Book Fair has more than 400 stalls. While the fair serves as a place of zeal and fervour for bibliophiles, it has also become a medium to represent minority communities and help disadvantaged groups.

Representation of women authors at the Book Fair has been an important conversation through the years and their contributions to the fair have only increased in the course of time. While a good number of women writers have been featured in various stalls at the fair, it has not stopped there. 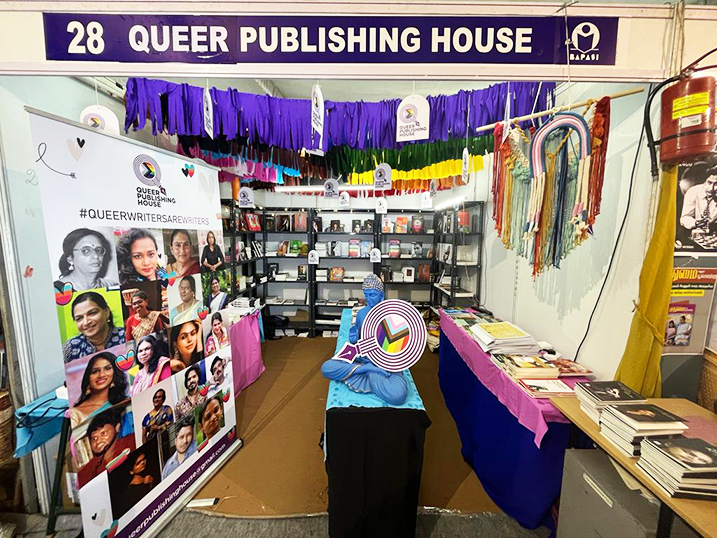 For the first time in history, Queer Publishing House has been allotted a stall at the 46th Chennai Book Fair, introducing three trans authors. The three books that were launched are RIP by S. Negha, Oru Kalaiyin Kavithaigal by Ajitha and Ennillirundhu Paar by Arun Karthik, the first Tamil poetry collection in India written by a trans man. “The intention of Queer Publishing House is to create a safe space for queer writers and not just cis-gendered people” ­stated Negha, author of RIP. The allotment of this stall makes the LGBTQ community feel represented. 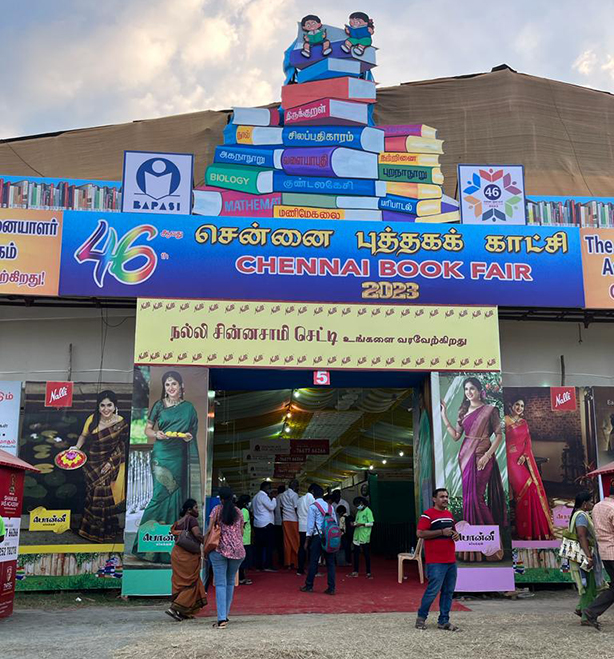 Despite the progress made at the fair, people are still being discriminated against for who they are. “There was a bitter incident at the stall during the weekend. This was because a lot of queer writers and customers had come in to see the published work. Wherever we go, there are people who hate us, people who barely tolerate us,” claimed Negha. She further stated that there are initiatives being taken by the government and policies that are being brought in place. One such example is the requirement of elementary school children to be educated about gender roles and gender non-conforming kids. “When I was in school, reading books written by queer authors helped me start my journey as a trans woman. Not only does this world need more queer writers but queer representation in all platforms, be it acting, sports, media or politics. Despite everything, I see a good future for the community,” she added. Change cannot be happen overnight but the Book Fair is a step towards a more welcoming future.

While such a representation remains necessary, the LGBTQ community is but one of the minorities. The Dalit community’s shackled past is enough to understand where they fall in the social hierarchy. Their need for creative representation is therefore just as important. But Dalit led publishing houses have been allegedly denied by BAPASI several times for the 46th Chennai Book Fair. In an interview for The News Minute, Pa Amutharasan, who administers the publishing house Thadagam, alleged that BAPASI is partial to its members, favouring them for the allotment of stalls and denying his application several times. He stated that “no written communication on what grounds the application has not been accepted [were given]. Neither is there any clarity about the criteria for granting membership.” Speaking to The News Minute, Neelam Publications also made a similar statement. “While other publishers are in the process of setting up stalls, we are still trying to find out if we will be at the book fair or not. Even after our stall is confirmed, BAPASI gives us trouble over posters or art works, particularly when they are of Dr. B.R. Ambedkar,” alleged Vasugi Baskar, editor of Neelam Publications. Equality of only select groups is no equality. One could say that this could be rectified by allotting stalls for Dalit led publishers next year, but would it erase the years of oppression that history very well remembers? Allotting of stalls is not the only reform, but most certainly the first one to an inclusive future. It not only involves supporting Dalit writers, both established and upcoming authors, but also tribal writers and other disadvantaged groups. 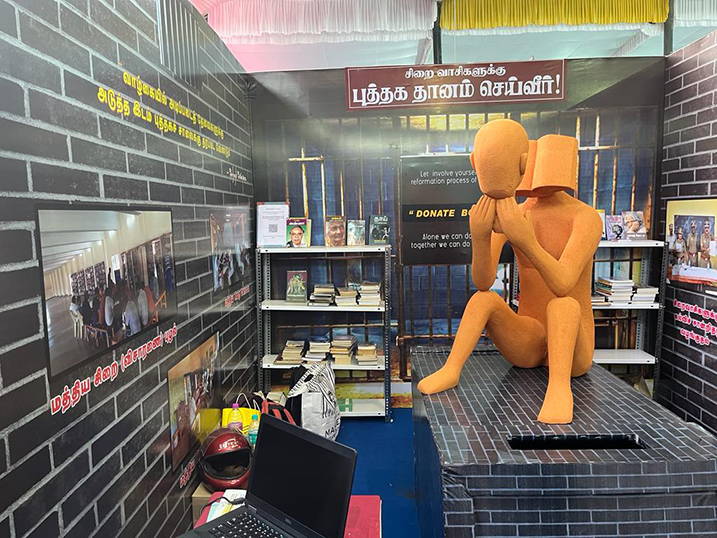 Minority representations aside, the Book Fair seeks to refine the lives of prisoners through a book donation stall allotted to the state prison department. DIG Murugesan, from the Prison Department stated that “Literacy rates have never been an issue. We have full and partial literacy courses along with degree and vocational courses. More than literacy rates, these books help inmates live a life of self fulfilment and seek redemption. They provide some peace of mind to the inmates, provoke self thought and promote self growth.” Prisoners who serve short terms are also benefited by the donated books. “The books also help them in assimilating with society after their release. Books create change. They make people artists, writers, social activists. They teach life lessons,” added the DIG. These stalls serve a purpose at the fair as one of many examples of prison reforms.

From acceptance to tolerance to politics to welfare, the Book Fair really is a microcosm of society. Even when the Book Fair has a long way to go in terms of representation, it has also come a long way. Maybe years into the future, at the 80th, 90th or the 100th Chennai Book Fair, everyone will feel represented.

13190Chennai Sangamam – A welcome revival, but let’s keep politics out 13202Chennai ranked the most suitable Indian city for working women 13210Heritage Watch: Fifty years of Women in Tamil Nadu Police 13194Golden Jubilee of Women in Tamil Nadu Police 13175Public Hospitals in Madras and the people associated with it – Part 1 13170Dr. Beatrix D’Souza – the voice of the Anglo-Indian Community 13168Chennai-Mysuru Vande Bharat – A review 13166Ashwin joins the ranks of the all time greats 13164Short ‘N’ Snappy